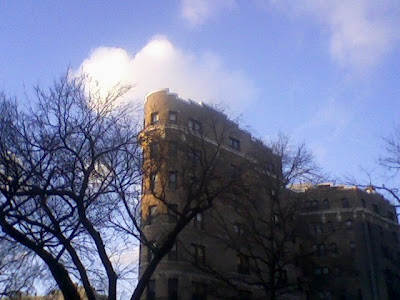 The Brittany sits at the "Y" shaped intersection created by 16th Street and New Hampshire Avenue with V Street on the other side. That top, rounded corner apartment (actually, it's a condo), that faces southwest looking down NH Ave toward Dupont Circle 1/2 mile away, fascinates me. I have no idea who lives there but the curtains often are down.
#######

I'm trying to get out of this apartment today but still no luck. It's already a quota-after-tree, I mean a quarter after three.
So Gerry and I drove back to that Room Store place in Fairfax last night, but only after going all the way out into the exurban purgatory of Northern Virginia to the same two furniture stores we visited Monday plus another one much farther out in frickin' Sterling, Va., called Belfort. That is an odd store in that it is housed in two separate buildings, one a stand alone building with "basics" furniture on one side of a street and another that resembles more a continuous strip mall-like structure on the other side. I don't recall seeing anything such as that before.
Afterward, we had dinner at a place called the City Diner in Falls Church, Va., along Leesburg Pike. 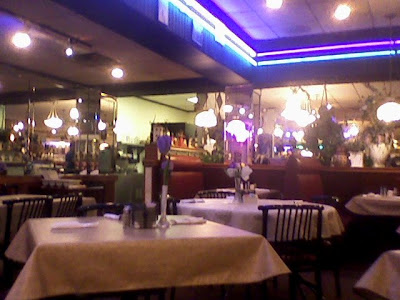 I took a few more bedroom furniture set pictures, maybe because I live in such a Spartan, dusty dump. 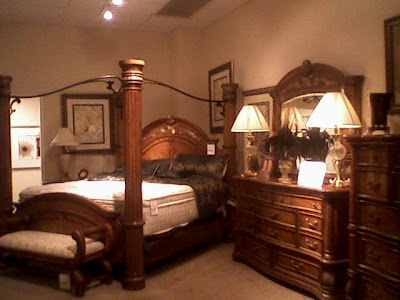 While at Belfort, I picked up the following to redecorate my wee efficiency from this ... 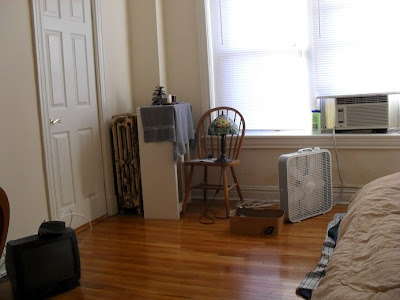 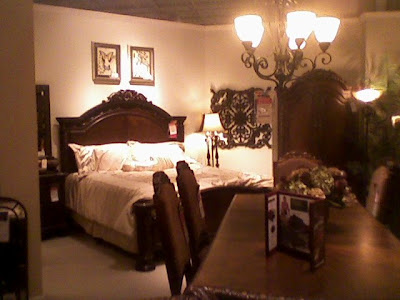 Sterling, Va., as I've mentioned many times before, is where the Baltimore/Washington NWS Forecast Office is located, also known by its three letter designation LWX.
As we left Belfort, a large passenger jet took off from nearby Dulles Int'l Airport and I watched it ascending overhead, winking red, white, and blue, into the cold night sky, perhaps on the start of some overnight international flight.
Heading back on a maze of highways and busy roads beneath a starry sky, we listened to Madison Park's electronica remake of More Than This. We also stopped at Value City and the Room Store and then got dinner at the City Diner on Leesburg Pike in Falls Church before returning to D.C. by 10PM.

Here is the YouTube version of the song. There is also the MySpace video clip but I'm posting the YouTube one here. I guess I've always liked "Electronica" music.
#######

I had planned to go to the Botanical Gardens today down on the Mall, but I never quite made it out of my apartment today. I'm supposed to go to Damon's party tonight, but I'm not sure. or go back to sleep until Damon's party tonight, I'm not sure which. I have a weird tingly feeling in my head. I may die. Tomorrow, I'm going to LP's place to help him move / clean some stuff in exchange for a bit of $$ to help me make it until my next scheduled payment on Thur. or Fri.
The snow is now quickly disappearing (including the giant dirty piles, but that's because they are being carted off, not melting). However, I have a feeling there will be at least one more significant event this record snowy winter season. 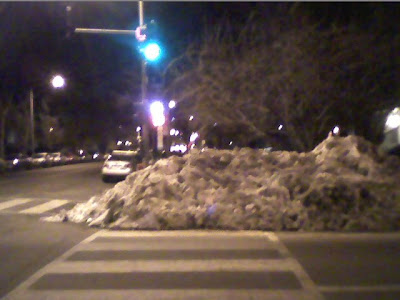 That's all for now. My next planned update will be early next week.

Hi Regulus!
All that furniture! Gives me a headache. Reminds me of my old "blech" life.

No worries...I've just been extremely busy at work, 10 hr days & weekends, ever since we lost that last employee, 2 of us in the office now. It's hard to put out a paper with two people, even if it's only a small town weekly.

I haven't thought about our friend Bryan lately, although some guy came into the laundromat the other day with with a very bad case of that same skin condition Bryan had. I thought about him, then. Poor Bryan. certainly had his demons. :(

Thanks for the comment, Rita. I apologize that I have been such an infrequent visitor to your blog in recent months.