A glaciated, unpleasant D.C. mess and a check arrives from far, far away 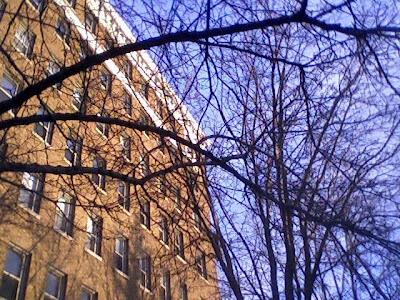 I'm home in these wee hours watching at present reruns of The Golden Girls on Hallmark Channel. I really wish the station didn't show frickin' Americas Funniest Stupidest Home Videos between 1AM and 3AM and THEN they air Cheers. This new schedule screwed up my late night "comfort TV" viewing. I guess I'll just watch Roseanne and The Cosby Show on TV Land. As for Roseanne, the I caught the last episode of the series in reruns two nights ago and I really liked the way her closing soliloquy.
As you may know, Gentle Reader, I tend to stay up 'til the wee hours watching TV, often times working on reports for that awful contracting job -- which appears to be sputtering out anyway.
Concerning my employment search, I applied for another job (which I am not going to talk about here) that is my last, best hope for time here in D.C. This one has more hope than the others. 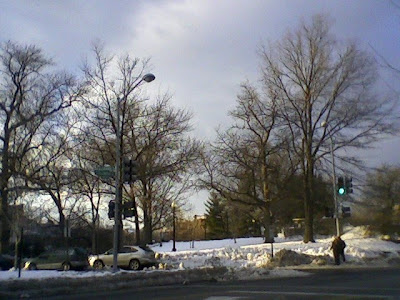 The twin blizzards this month dumped 30 to nearly 50 inches of snow on the area overall and helped push the seasonal snow totals at DCA, BWI, and IAD to records. As for that snow, what started out as a celestial winter wonderland has degenerated into garbage littered piles of nasty glaciated, filthy black slabs and chunks of ice that line the streets in ginormous, severely disruptive piles. 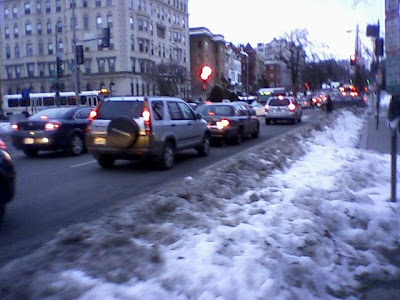 It isn't going to melt away for weeks even as we only slowly climb out of a crap-tacular winter, no heavy rainfall or warm temps (nor any additional blanketing snow) in sight. Yes, there is still snow on the grassy / untrod areas, but in a city setting, those are the exception, not the rule. 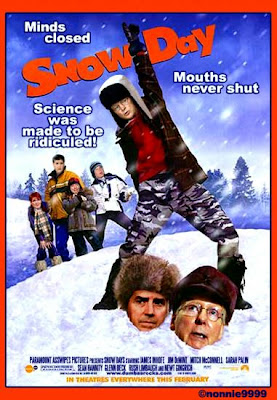 Also this being D.C., the political capital of a GOP-dominated late stage empire, we have had to suffer through hectoring, bullying rightwing hate radio and TV blather -- to say nothing of Sen. James "Pissquik" Inhofe building igloos on the National Mall about how all the snow "proves" there is no global climate change.

Facts mean nothing to the paranoid right in America. So I won't even talk about increased intense storm frequency event, to say nothing of a year with a warm ENSO and extremely negative mode of the NAO/AO.
Even trying is pointless ...but, anywhere, here goes ... at least graphically and with some links. 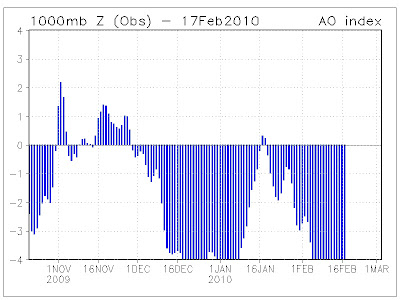 NAO Index for Oct. 2009 - Feb. 2010 (120 day average) with forecast to March 2010.
Here is information on the North Atlantic Oscillation (NAO) Index. The NAO and AO both measure roughly the same thing. Kristof would start talking about sudden stratospheric warming events, too, but that's over my head.

Here is the long-running ENSO Multivariate Index (MEI) from circa 1950 - 2010 showing warm and cold ENSO events. Here is information on the MEI.
Bottom line, the combination of warm ENSO and negative NAO/AO sets the stage for cold / snowy East Coast winters.
Oh, and while we're at it ... 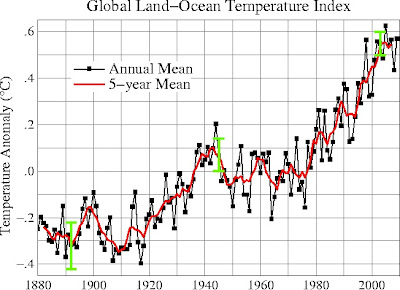 Speaking of the weather ...

Here is a YouTube clip of a TV weatherman named Steven Jacobs in Sydney, Australia trying to get through the morning weather from inside the pelican pen at the Taronga Zoo. It's pretty funny what happens, particularly his reaction.
#######

I'm omitting my planned political diatribe except for this picture. 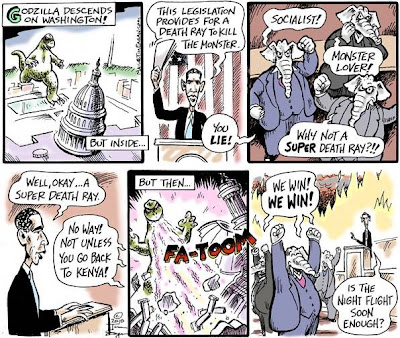 I have a grand total of $95 to my name, though I am going to try to do a bit of weekend house-cleaning work for a friend of mine for $40 as I did last Sunday. This is what I have to last me until at least next Thursday, assuming I get paid on time in my contacting job.
However, I also received some money from my dear blogger friend Fifi in Australia for some editing work I did for her on a writing project on a most interesting topic. The check arrived today and it was my first mail (along with a past-due RCN cable and internet bill) since before the twin blizzards. 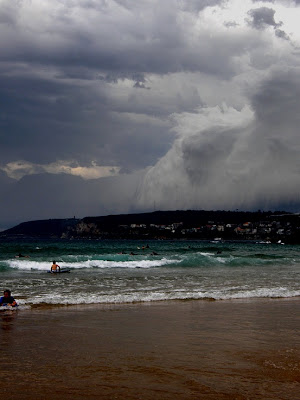 This picture, by the way, taken by her house along the ocean about 10 miles NE of downtown Sydney comes from her current entry on her blog.

I'm not sure how depositing a foreign check works. I suppose there is a 10 percent cut, but I hope it isn't more than that, otherwise I just may not deposit it. I suppose Bank of America will find some way to steal the whole thing. 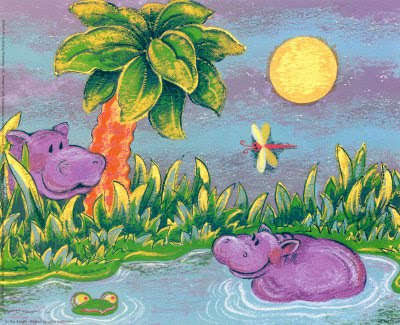 oh no they cannot steal it. But if they do i will send you some secret cash in a secret parcel.


I have never seen that weatherman, what a NUT!!
But you have to laugh. I'm not sure I'd want a pelican beak nipping at my arse.

I once sent a UK check to the IRS and they managed to deposit it so quickly that it made my head spin. A reaction that's not uncommon when the IRS is involved

Thank you for the comments.

Fifi -- I deposited the check today and it was no big deal. I'll email you the particulars but the bank only took what amounted in U.S. currency to a 4.4 percent cut, and I can live with that. I thought it was going to be closer to 10 percent. Why? Only because they can!

So you never have seen Steven Jacobs before? He is on channel 9 in Sydney -- I don't know if that's a national or local channel.

Kristof -- Thank you for your email. It sounds like you could be back in as little as 4 months or as much as a year, although I don' think it will be that long.

Rose: I took a tranquilizer to slow me down to a more religious speed!

Onslow: Well, just make sure your brakes don't fail in front of that vicar.

And in the climactic scene where a whacked out Rose dressed in black is laying on top of the dishy vicar in the closet and his wife throws open the door: "IT'S ALRIGHT! I'M GOING TO BE A NUN!"

Minutes from a conversation between me and my officemates over coffee

Claire: When I ride my bike my heels keep bumping against the frame

Me [to Claire]: BTW do you ever wear high heels?

Paul [to me]: And I bet you wore a pair even more recently than that

On a totally separate note, check out this statement from the guy who crashed his airplane into an IRS office building in Austin, Texas today.

The statement link on Huffington Post is here, though I suggest cutting and pasting the link in a separate full window. It almost sounds like one of my late night blog entries, minus the pictures.

At least in my case, I've NEVER had any success, so I never really had to fall to zero. I've always pretty much been on the ground floor, maybe the basement.

I dont watch any TV at all, so for all I know he could be the biggest thing on earth.
There are such gaps in my (pop) cultural knowledge...