I really need to update this blog but I have to finish some important rewrites / edits by tomorrow morning for an $800 project that is finally wrapping up. 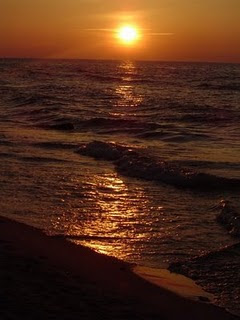 *By Jersey shore I refer to the geographic area, and not the MTV program filmed in Seaside Heights. Of note, I have started to watch that show despite myself.

I also have finished a $440 climate change monitor last week and I have another one to do next week. Those three assignments plus another $250 one should give me nearly $2,000 by about Feb. 10th. I realize that's chump change to some people, but a daily up blip on the frickin' Dow Jones in the late stage life of a lost and falling empire.
In the meantime, I am nearly broke -- except a friend of mine lent me $100 and I should be able to earn a bit of money helping Chris clean his place on Saturday.
I would write more now except I already updated my other blog at length. I will try to update this blog tomorrow night or Friday.
Oh, wait, I should note the following ... 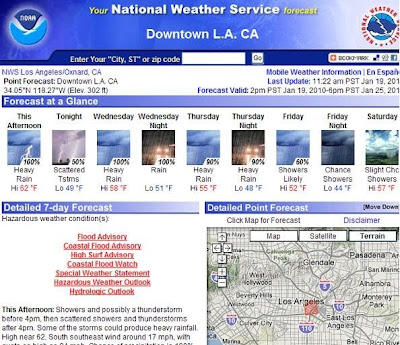 This was the NWS grid point forecast with graphic icons for downtown Los Angeles from Monday, Jan. 19, 2010 through Jan. 25, 2010. You will rarely see that much rain in L.A.'s forecast, except in a moderate to strong "El Niño" (warm ENSO) year such as this one. 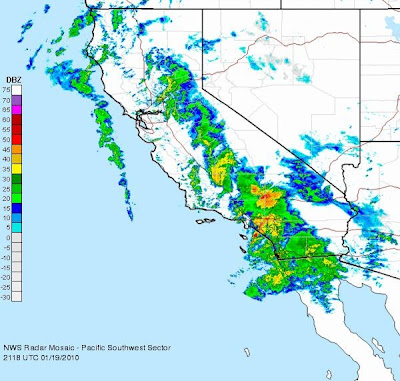 Here was the Pacific - Southwestern U.S. radar mosaic from 1:18PM PST, Jan. 19, 2010; this is a radar image you can go a few years without seeing.
There was actually a tornado -- or something like it -- on the 19th in Orange County, Calif., source here. Though I've never really visited Southern California, I've always had a fascination with its weather, esp. when it gets stormy.
####### 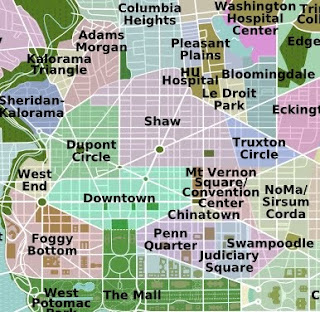 Yes, I technically live in Shaw based on D.C.'s recognized neighborhoods. And, no, I'm not "pro-polluting" the Anacostia River with plastic bags. That's not my point.
--Regulus
Posted by Regulus at 2:17 AM

Truxton Circle was a lovely traffic circle with ornate fountain at the intersection of Florida Avenue and North Capitol Street that was created circa 1900 and destroyed in 1947 to make the intersection wider and flow more smoothly -- in other words, make it shitty.

There has been talk for a while of restoring it.

here is a community blog entry from June 2008 about rebuilding the circle.

Oh you mean it was a roundabout!:-)
Now I know where it is. I've been there. In daylight of course. I mean c'mon, I know exactly where it is. Oh God

Hi reg!
Guess what? My special someone is sending me Leonard Cohen utube links...isn't that romantic?

You need is a valentine, too...A real one.