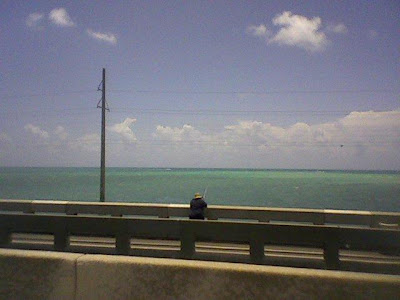 I'm reposting this picture I took on Aug. 1, 2009 of a lady (I think the person is female) fishing off a pier in the Florida Keys near Mile Marker 62.
My dad and I were driving back from Key West to Deerfield Beach and we were actually in one of those chronic traffic snarls that occurs on Rt. 1 in the Keys. I love this image. Had we been moving quickly, I would not have been able to take it with my crummy cellphone camera.

And you forget in the summertime how vibrant the world really is compared to the gray and gloom of midwinter.
#######

I'm sorry for the delay in updating this blog. I haven't had the necessary time to devote to it the past several days. Last week I was busy finishing up a project for that crappy consulting job I have -- an $800 project for which I really did more like $2,000 worth of work over the past three months. As for the upcoming two weeks, I have another $440 climate change news compendium and possibly a $250 assignment on fuel cells. Thus, these four assignments total $1930 -- enough to carry me well into March. 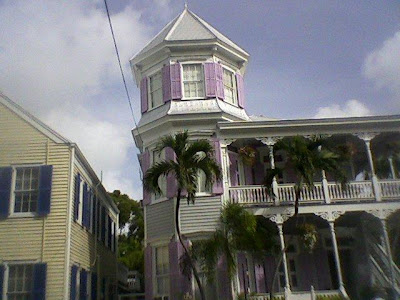 Another Key West picture from last summer on July 30, 2009, this one of something pretentiously called "The Artist" house at 534 Eaton Street where there was "no vacancy" even in the "off" season -- well la-di-da.
#######

Despite that, I'm presently (as usual) nearly out of money. I've scraped by through a complicated series of moves including an unexpected $100 loan and helping to people -- LP and ChrisT -- do some cleaning work in their respective places.
If there is any delay in getting paid on at least the biweekly $440 project for the issue I turned in 8 days ago, I am going to have to raise a bit of a fuss, esp. as I asked my supervisor about six times to please approve the invoices. There is no way I can get through another three weeks with no money. (Payments are timed with the biweekly visit of the firm's contractor accountant. She is supposed to show up tomorrow.) 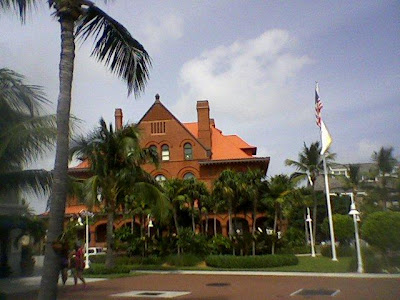 The Key West Custom House that now houses the Key West Art and Historical Society. This is yet another picture I took last summer on July 30, 2009 on my visit there.
#######

I am also going to call the Census Bureau tomorrow to see what is the status of my application for a temporary 2010 Census taker job. I scored well on the test a month ago and I keep hearing how there is "massive hiring" going on for the $20/hour positions, and how Census workers are actually scouring neighborhoods looking for people.

My guess is I won't get it because, well, I'm me and under a life-long (or at least decade long) curse. There is probably some red flag next to my name.
#######

Today is a gloomy-gray, showery day with heavy rain in the forecast for tonight here in and around the Washington, D.C., area with up to 2 inches of precipitation. Temps. are around 43F, so it's well above freezing.
Here is an article about a joint NOAA-USGS effort to model what it calls a "Frankenstorm" scenario for California involving a series of power Pacific storms that would flood and devastate the usually dry-to-arid state. California has been in a very wet pattern with storm after storm hitting the state, which tends to happen in moderate to strong El Niño" (warm ENSO) years such as this one.
#######

One quick bit of politics: I'm happy that Obama SEEMS to be drawing the correct lessons from the Massachusetts election of Senator Nude Centerfold. 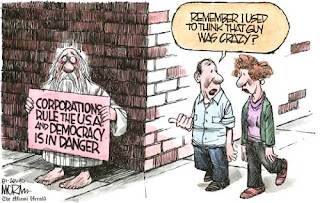 His new banking proposals he just unveiled are a good start, even if a year late and billions of dollars in bonuses "short".

That the stock market plunged on this news is merely a testimony to our perverted and distorted our economy, our bubble-based financial system, and our overall moral and ethical values are as a country, or at least among the People who Run the World. 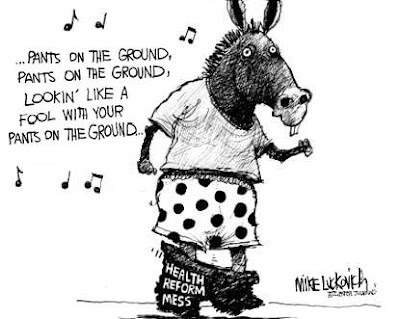 I just hope he doesn't listen to the bullshit Cokie Roberts - Washington Post Editorial Board - Richard Cohen - David Broder - Meet the Press Whore - Ben Nelson / Evan Bayh / Joe Lieberdem D.C. circle jerk crowd where the answer is ALWAYS to be "more Republican ... more corporate-friendly ... ignore your liberal base." That view has it bass-ackwards, always has and always will.
####### 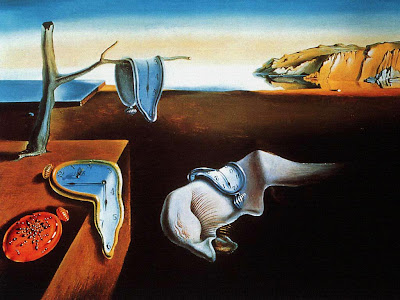 ... I have been having a spate of dreams involving different and (for me) unlikely U.S. States, including trying to draw them and being in them.
The night before last, I dreamed I was trying to draw in the counties of Oregon on a giant map of the state on the floor of wherever I was. I was particularly interested in the Malheur County, the southeastern most one in the rugged, semi-arid part of the state, not on the wet Pacific Coast. 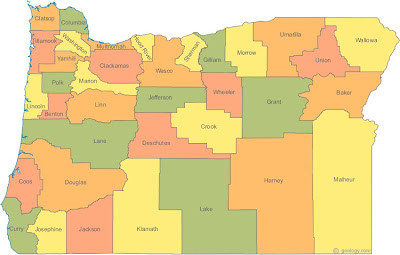 Rita, why do you think that is?
I also dreamed that I was looking at a road atlas map of Oklahoma (Oklahomo?) and trying to connect its large towns to the interstate I-35 that runs through it, except it was I-95 in the dream. 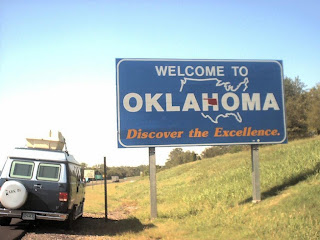 In the dream, I was trying to figure out which community colleges I could stop in along the way to sit in on calculus classes (!). I started calling ahead, but the instructors didn't want me to do that because it would be disruptive. Of note, I've never even been to Oklahoma.

Then this guy Robert I knew years ago who now works at the GAO (where I had a failed internship in the summer 2006) was in the dream but I can't recall why.
Then this morning I dreamed I was in this medium-sized city set in a vibrant green location, but it was next to a coal-fired power plant. There were fields of blue bonnet flowers near the town. I thought I was in Alabama and I asked this woman in a pick up truck where I was but she said it was Mississippi and got mad and walked away from me -- suddenly disappearing down a forested lane. 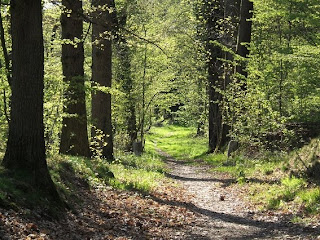 It looked a little like this picture that I recently posted, except the trees were more closed in and there was a bend in the path.Then I was with my friend Gerry and his mom. We were seated a wooden table and I was in some political conversation.

Speaking of Gerry and LP, the three of us were at Window's last night, where it was another festive karaoke night as it was the previous night. I never made it to Cobalt this weekend. After we left Window's (on 17th Street), we actually took a cab to nearby Adams Morgan to get some pizza. Hetero-straight Adams Morgan at the 3AM Saturday or Sunday hour can be chaotic and even scary with some fight and/or police incident invariable underway. 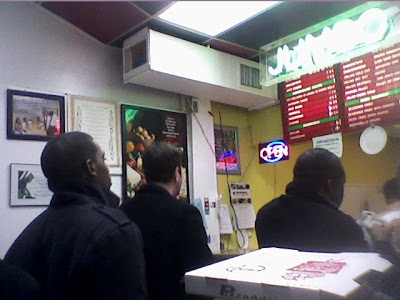 I think that's all for now. My next planned update will be around Tuesday or Wednesday. I think now I may stop by the end of the St. Matthew's Cathedral 5:30PM Sunday mass and then get something to eat and maybe go to Window's or Cobalt for a bit.
--Regulus
Posted by Regulus at 3:33 PM

regulus
Hmmmm, well you know I have done some dream interpreting....& even had a blog dedicated to that once. I believe, if a person upon waking puzzles over a particular dream or is disturbed by it then it is worth analyzing...

I think dreams are are a parallel & subconscious commentary to our awake selves. They reflect how a person feels about them selves, the direction of their lives & their relationships. Not that there isn't some random shit in there, too, but the purpose of pondering dreams is to determine what is going on in our psyche.

How I interpret dreams:
Obviously, the emotion attached to the dream is important. Examine how you were feeling, did you feel free? elated? lonely? anxious? What was the emotion attached?
The setting & esp. a house if there is one, is what I consider as a mental picture determine the state of (for lack of a better word)the soul.
So in that case, the absence of an abode or dwelling is also telling.
IMHO, The first Obvious thing is, you no longer feel at home where you are at, that is why you are wandering. Why in the Oregon dream, you focused on a county that is eastern & bordering another state? I don't think it's too hard to figure, if you think about it.
You should call me later, so we can visit anyway.

Wow. I actually hadn't thought about it like that, especially the wandering part (but why a bunch of Red States such as Oklahoma, Alabama, and Mississippi) and the eastern / desert part of Oregon metaphor. Thank you for such a thoughtful and nice comment. Yes, let's talk on the phone this weekend.