I have a new computer thanks to my mom's incredible generosity, and with tremendous assistance from Gerry. 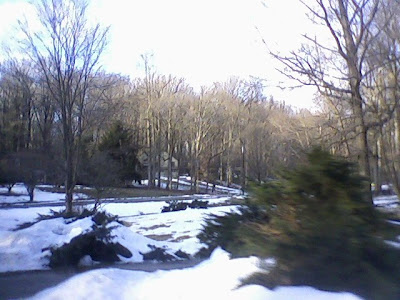 Unfortunately, I don't have any really good pics to accompany this entry, so I am posting some random ones I had intended to post earlier. However, above is a picture I took while riding along Shaw Road somewhere in the unincorporated Wheaton - Glenmont - northern Silver Spring area of Montgomery County on a GPS-suggested shortcut between New Hampshire Avenue (incorrectly labeled "E. Van Buren Street" (Rt. 650) on Google Maps and in the GPS) and Randolph Road as we headed over to Rockville, 3:45PM, Jan. 2, 2010
#######

The three of us and Ray ended up going all the way to an Office Depot in Rockville from College Park via Wheaton - Glenmont in order to get it. My mom spent $636 on me, which is a great deal of money for her and for me. Although there is a $50 mail in rebate, I intend to pay her for at least half of this, but it will take me about six months.
Gerry drove me home into D.C. back to my place and helped me set everything up, and helped me get the beta version of the latest Microsoft office desktop software. Everything is working fine right now although I still have a lot to learn as the operating system (Windows 7) is very different from the Windows XP on my old computer that is no more. The new system is very Mac-like.
####### 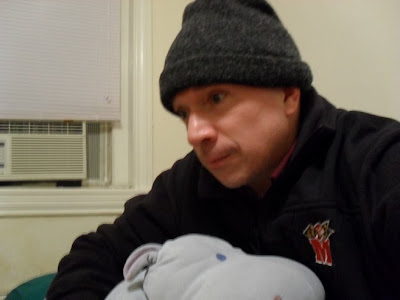 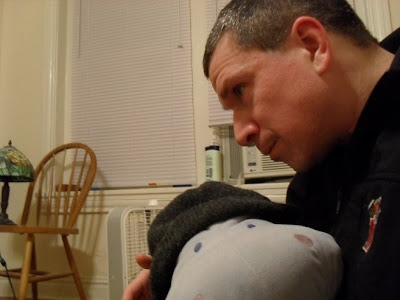 The weather has turned bitterly cold. It's OLD SCHOOL 1970s style winter weather, such as I remember from back then when I was a little boy, not so many of the wussy winters of recent decades (not that we haven't had big cold snaps in those intervening years because we certainly have). 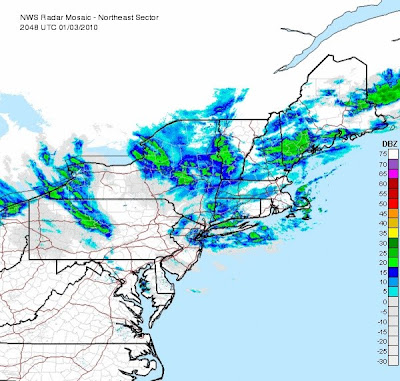 Here is the Northeastern U.S. quadrant radar mosaic at 2048 UTC (348PM EST) Jan. 3, 2010 showing all those instability snow showers and squalls rotating cyclonically around a big low off New England.
The bigger news is that I was able to save this image and post it using Internet Explorer, unlike how I previously did it using Firefox.
#######

We are locked in a deep trough with very cold, windy conditions even here in D.C. with temps only in the mid-to-upper 20s Fahrenheit today, wind chills around 0F, and -- interestingly -- a broad upper level low actually slowly rotating to the southwest with snow squalls over interior Pennsylvania and snow flurries over New Jersey that could actually reach here later. Tonight will see temps down to near 18F and if the wind finally slackens, down to around 10F. 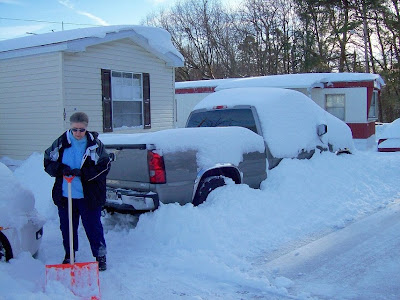 This is a pic my mom sent me. It is outside where she lives near Glen Burnie, Md., immediately after the snowstorm last month. While DC proper had 15 to 20 inches, suburban Maryland over to the Baltimore area had 20 to 25 inches. This was taken on Dec. 20th as she dug out her car.
#######

My west/northwest facing old apt. is very drafty indeed. I actually may crank up the radiator -- which I have never done in the five years I have lived in this building.
There is not much snow on the ground -- having all melted / washed away in the Xmas Eve rainstorm -- so getting down to 0F at night is unlikely.
Oh, yes, there is a chance of a snow event on Thursday - Friday. 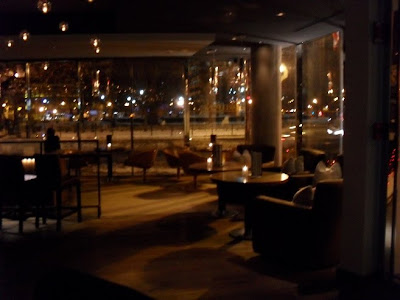 This is an image from Christmas Eve 2009 I had intended to post earlier: it is of the interior of Bar Dupont, formerly Biddy Mulligans, at Dupont Circle, Washington, D.C., 7:25PM, Dec. 24, 2009; it was the first time I was in the renovated place. Not sure I like it. The "renovated" prices are, as you'd expect, stratospheric, not that it was cheap before hand.
####### 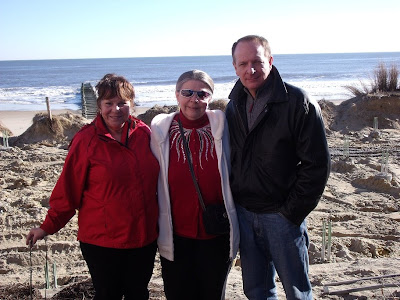 This is a picture of my mom (middle) and her brother, my uncle, and his friend Sandy (left). My uncle lives in South Amboy, N.J., and Sandy lives and/or works, on Staten Island. This was taken a few days after Christmas 2009 in Rehoboth Beach, Delaware. I have always found the beach and ocean in winter time in this part of the world a strange place to be.
#######

That's all for now. I may try to post a longer entry tomorrow, but I also have to finish three assignments by Wednesday in order to be able to pay my January rent not incredibly late, i.e. by Jan. 20th. Thus, I may not post a new update until Wednesday.
--Regulus
Posted by Regulus at 3:02 PM

that's a nice picture of your mom and uncle...

ohhh, I would be very careful opening the "you look like" door:-)

I'm gonna bitchslap everybody up in here in a minute.

Actually, I'm just glad that everyone I want to post comments can do so again with all that anon-bot-spam-crap.

Mr. Humphries: Surely you don't object to me having a small one??

Oh, yes, Kristof, I reminded LP about his offer to help you with the payment for the immy-thang.

Oh that's much appreciated! I will be sending all the paperwork to those people in a couple of days. Just waiting for one last item that should be arriving this week (my records from the UK)