Cat's Eye -OR- Season of My Discontent Continues 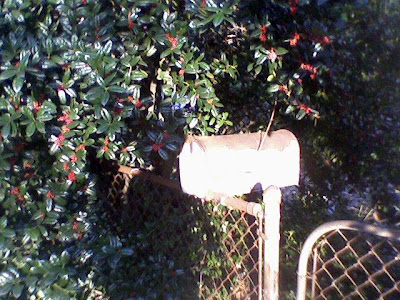 Yesterday, I was able to get into the policy school computer lab and retrieve from my flash drive nearly all of my work files. There was a virus even on the flash drive but I was able to get rid of it.
Last night, I went to Quill's parents' house in their Silver Spring suburban sanctuary to have dinner, but, alas, Quill was not there -- boo -- and it was not the same.
As for today, I'm at Gary's place today working on one of my biweekly climate change news compendiums that I need to have done by tomorrow. As for tomorrow (Tuesday), I am actually going into the office in Bethesda by 1030AM. My sleep schedule is so out of whack that it will be difficult getting up "that" early but I will go to bed "early" by 130AM -- rather than 7AM. I need to have four assignments in all finished by early next week, and then I will have enough money to pay my January rent between the 15th and 20th. There is then another larger project that should wrap up in mid to late January that should cover most of my February rent.
So all in all, the trapeze act continues ...

Thereafter, if I do not find other employment, I will have to move into a cheaper place. 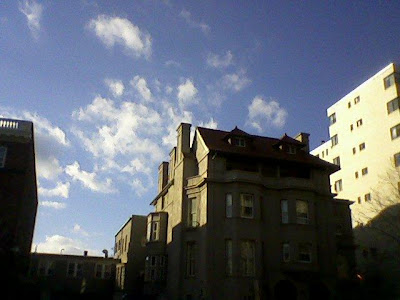 I'm still hoping to have a new lap top this coming Saturday, but that is partly contingent on my mom actually paying for it since I simply do not have the money.
#######

Nearly all the 16 to 22+ inches of snow that fell area wide on Dec. 19th is gone. The heavy rain a few days ago basically melted / washed it all away in a way that a million snowplows could not. Such is nature.
#######

Oh, yes, I HIGHLY recommend this brilliant Paul Krugman op-ed piece "The Big Zero" about our concluding dreadful, awful decade of "the '00's" -- and, no, we don't give a damn about the '01 technicality. The decade can't end fast enough.
#######

**Oh, yes, I had to change the commenting permissions on this blog to make it more restrictive.**
The virus attack that destroyed my computer involved at least indirectly images for this Regulus blog, specifically, ones I found online rather than my cellphone and/or digital camera ones. Though it may not be directly related, I was getting far too many anonymous "bot" comments that were seeking to embed links to commercial sites, including explicit ones that are surely infected six ways to Sunday.** 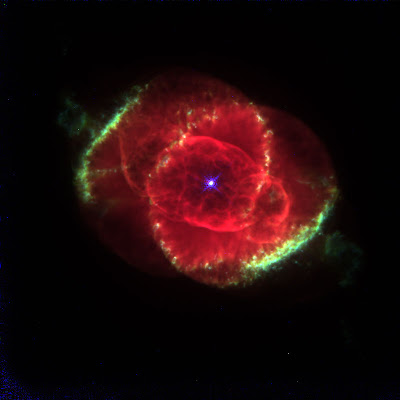 The Cat's Eye Nebula (NGC 6543) located approx. 3,000 light years away with its complex patterns of ejected gas from a central dying star as seen by the Hubble Space Telescope. This is obviously a false color image.
#######

That's all for now. I have the TV on in the background, an HGTV show. I simply can't watch the news anymore. I used to be such an avid watcher.
I will try to have an update before New Year's Eve if possible. It looks like I will be with Chris T. and Gary. At least two of us have expressly not been invited to a certain party I hear is happening at a certain person's urban mansion. That friendship is fairly well over.
#######

KRISTOF! Hello! How are you?? Email me if you can't post a comment.
--Regulus
Posted by Regulus at 5:52 PM