The pictures in this entry are from my cellphone and digital cameras. 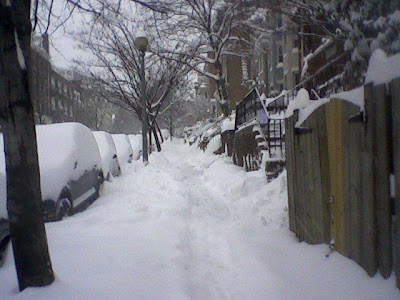 The blizzard of December 2009 is now over and it officially enters the record books as tied for the sixth largest snowstorm in the historical period for Washington, D.C., with 16.4 inches at Reagan National Airport (DCA). This is exactly the same amount that fell in the Feb. 2003 snowstorm at DCA.
BWI Airport (BWI) had 21.0 inches of snow, which also ranks it 6th in the top 10 storms for Baltimore, Md. This is about what my mom reported in Millersville and what my other friends Kevin and Eric reported in the Montgomery County suburbs of suburban Maryland. 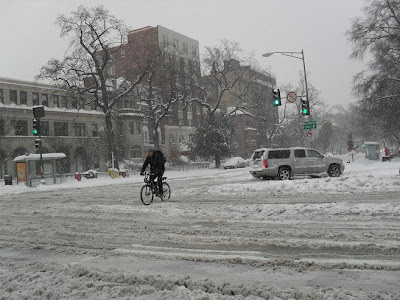 The two biggest D.C. storms -- the 1922 Knickerbocker Storm when 28" fell (and so named for the fact the heavy, wet snow collapsed the roof of the crowded Knickerbocker Theatre, killing 98 and injuring 133) and the 1899 when 20" fell will probably never be broken, or at least not in my lifetime. 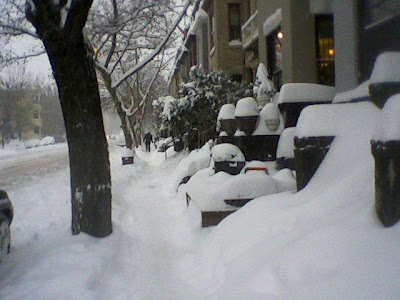 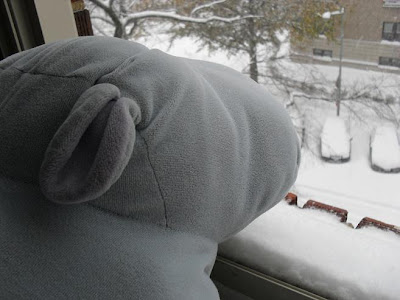 Here Flippo peers out of the kitchen window at the snowstorm swirling around outside, Washington, D.C., 3:09PM, Dec. 19, 2009. What a good little hippo. He and the other plush babies were all snuggly warm.
#######

Speaking of the airports, they are all now reopened but the travel backlog is huge and my friends LP and Joe remain stuck out west, LP in Las Vegas -- although he rented a car and drove to St. George, Utah to a resort there -- and Joe in San Francisco. 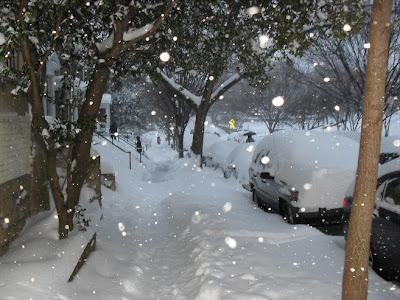 While I enjoyed the snow -- as much as I enjoy anything these days of my deep life discontent -- there are a few problems, two related to the weather and one far bigger and unrelated but to which the snowstorm speaks as a metaphor.
First, I do not have any galoshes / boots / Wellies but instead just ordinary footwear that gets snowy and then soaked walking outside in what is already at major intersections a deep, sloppy mess of wet snow and water.
Secondly, I am guessing that the 17th Street Safeway where I shop will soon run out of everything and the big truck won't be making any deliveries until at least Tuesday.
Thirdly, I remain severely depressed and all around in bad life shape mentally, financially, career-wise, etc., and I don't think I will even be in D.C. 6 to 12 months hence, and this snowstorm -- however lovely to look at -- basically is a kind of metaphor for how trapped I am. 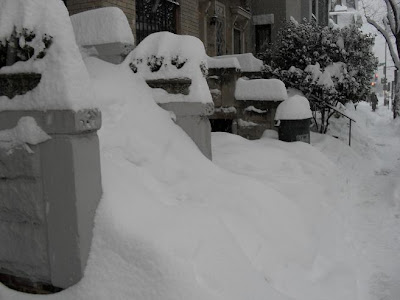 I have a lot of contracting work to do but in the end, I'm still flat broke. I only just paid my December rent two days ago. I'm also drowning in debt and probably going to have multiple judgments against me within a few months -- well before I can file bankruptcy starting in Aug. 2010. I already have had two such cases, both of which I settled before trial / judgment for a combined $70 per month.
A few months earlier, there was a third that involved a company / law firm with which I settled before it even went to D.C. small claims court for $85/mo. However, I cannot keep up those payments, so I'm not sure how that will work out when it gets to small claims court. I should have let it go to court since you can get a better deal in small claims court. At least that has been my experience twice so far. 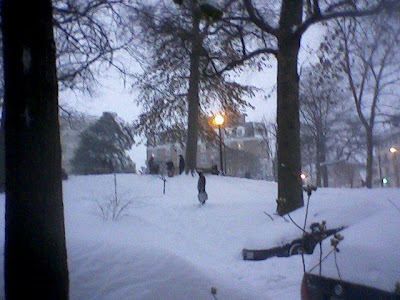 I'm pretty sure I can get it reduced, and if there is a garnishment, I'll simply stop my contracting work since I'm not going to work to earn $1,000 that $130 of which is stolen by some horseshit law firm. I'll go down to Florida for a while with my dad. The laws are far more favorable there anyway. Then there are two more that could go to an initial hearing for a total of 6 in all totaling $14,000. This is what I will be discharging in my 2010 bankruptcy. 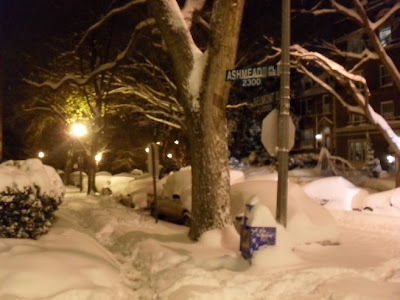 As for today, I guess I will walk over to Buffalo Billiards to meet Gary, who has stayed at my place the past two nights, and we may take a walk down to the National Mall.
Anyway, the Dow will reopen tomorrow and pussy and compromised Dems will go back to caving in on everything while giving corporate interests billions in taxpayer money and Obama will give another really great, empty speech, while the GOP cult gets even wackier and the eagle will soar and Colombia will remain gem of the ocean blue and everything will be just glorious in these blessed United States of America. 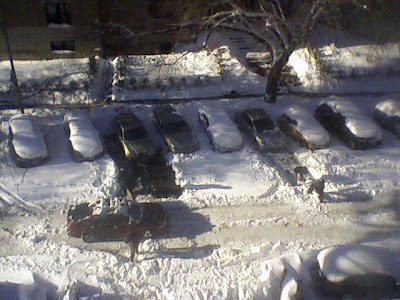 Well, this entry ended up having more pictures than I planned.
My next planned update will be in a few days. Christmas is rapidly approaching. I think I've come down with a mild flu.

Hey, you're making it sound like you live in St Olaf. I'm sure the capital of the USA will not run out off food because of a little snow.

So it's a repeat of the blizzard of 2003. Snow brings the two of you together. Nice

Sweetie, you wouldn't have thunk that if you saw how empty the grocery store was tonight.

Did you hear about the theft and recovery of the Auschwitz "Arbeit Macht Frei" sign? Pretty incredible.

I'm really glad you are beginning to appreciate the beauty and wisdom and humor of The Golden Girls.

Yep, I didn't actually know that the sign had been recovered until now. They found the thieves really quickly.

it looks like the last decade is going to be represented quite nicely in the top 10 for baltimore...

the opponents of global warming are sure going to use that to somehow strengthen their case...