No, this image has nothing to do with my entry ... 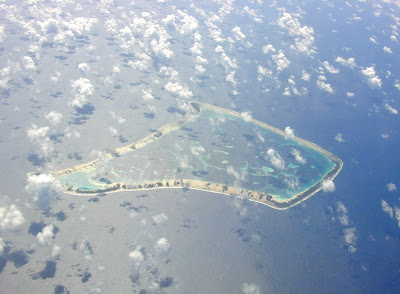 An aerial image of Fakaofo, one of the three main island atolls that make up Tokelau in the low tropical South Pacific area known as "Oceania." The other two atolls are Atafu and Nukunonu. Tokelau is a self-administering territory of New Zealand.

Of note, according to the 2008 CIA World Fact Book Tokelau had a GDP - PPP of $1.5 million in 1993, which ranks it 228th out of 228 countries and territories in the world. Source here. It gets about $4 million a year in aid from New Zealand, which is a lot more than its GDP (see here), which doesn't really seem to add up.

I just wanted to post a quick update on this rainy, breezy, cold November night here in Washington, D.C., to note that the weather turned stormy after all here in the D.C. area and mid Atlantic region -- actually across the Southeast into the mid-Atlantic. The wind is actually picking up as I write this at the 2AM hour (watching Hallmark aired reruns of The Golden Girls and now Cheers). 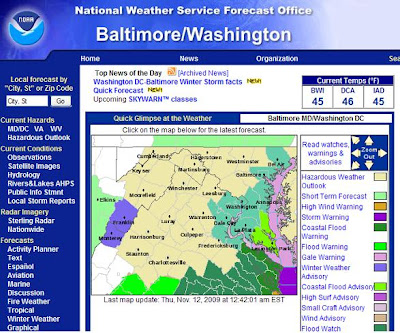 The storm track is very active this year in the eastern United States. In this case what happened is that first Tropical Storm Ida came ashore on the Florida panhandle and the moisture and energy from it transferred northward as the system transitioned to an extra-tropical one. Then energy diving out of the Rockies to the Gulf Coast in the form of an upper level trough joined up with the system, triggering deep cyclogenesis off the North Carolina Outer Banks tonight in a strongly baroclinic zone. Facilitating this is a strong high over the St. Lawrence Valley and phasing of the northern and southern branches of the jet. 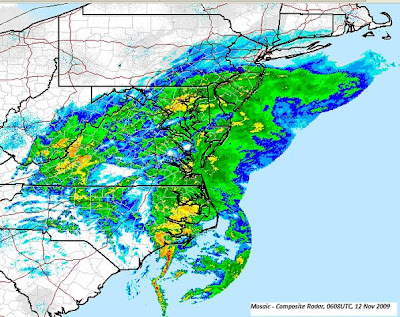 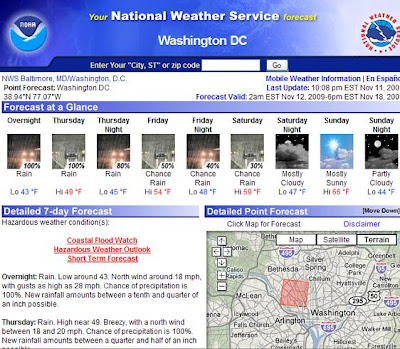 There are high wind warnings up for the Norfolk / Tidewater area and storm warnings on the lower half of the Chesapeake Bay out into the open Atlantic. There is actually snow above 3500 in the Blue Ridge but warmer air is expected to infiltrate off the Atlantic.
The Wakefield (AKQ) NWS discussion from earlier Wednesday is worth a partial quote:
.NEAR TERM /UNTIL 6 AM THURSDAY MORNING/... 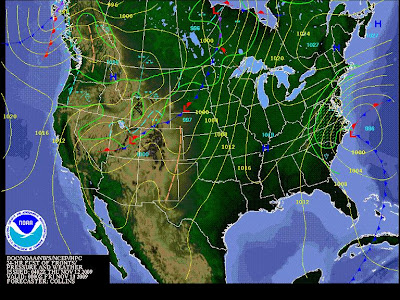 24 hour forecast map, valid 0Z, 13 Nov 2009
DYNAMICAL FORCING OVER OUR REGION REMAINS IDEAL THROUGH THU NIGHT/FRI AM FOR WIDESPREAD ... SOAKING RAINS...WITH THE DUAL LIFT SUPPORT VIA THE NRN JET STREAK OVER NEW ENGLAND (CONTINUED FGEN) AS WELL AS PERSISTENT DPVA/UPR DIFFLUENCE VIA THE CLOSED MID LVL CIRCULATION TO OUR S. OVER TIME (BY THU)...LITTLE FURTHER STRENGTHENING WITH THIS SYSTEM IS EXPECTED...AS THE SFC LOW BECOMES MORE VERTICALLY-STACKED WITH THE UPPER LOW (I.E. THERMAL ADVECTIONS CUTTING OFF AT THAT POINT). HOWEVER...STRONG DIABATIC HEATING WITH THE CONVECTIVE ELEMENTS OVER THE GULF STREAM SHOULD ALLOW THE SFC LOW TO BOTTOM OUT AROUND 995 MB TMRW...WHICH COMBINED WITH THE STRONG LLVL RIDGE TO OUR NORTH...WILL MAINTAIN STRONG NE (ONSHORE) LLVL FLOW AND A HOST OF HAZARDS TO THE CSTL COMMUNITIES.
####### 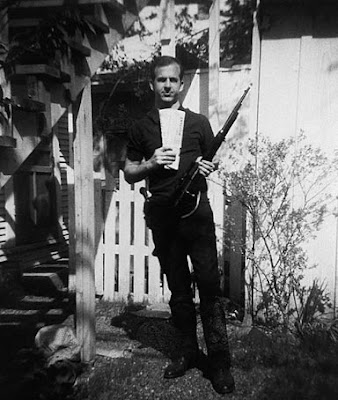 "It's extremely unlikely to have been a fake."
-- Hany Farid, Director of the Neukom Institute for Computational Science at Dartmouth, saying that the infamous photograph of JFK assassin Lee Harvey Oswald holding a rifle in his backyard would have been nearly impossible to fake, as Oswald alleged
From Bartcop:

"Of course that's a fake because back in the sixties, the CIA had yet to master that tricky scissors technology. I give you my official Nancy Grace Guarantee that nobody could have cut Oswald's face from another photo and pasted it in this picture. And if you're wondering why the shadows of his nose and body don't match up, well, some people forget we had two suns back in the sixties."
Ha ha 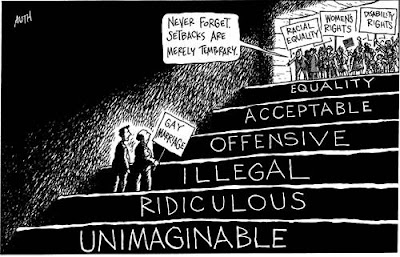 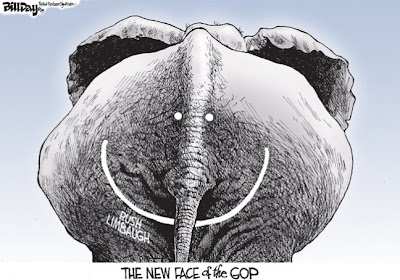 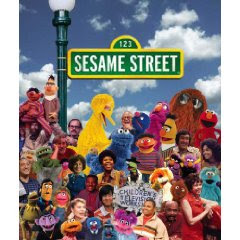 By the way, the television show Sesame Street turned 40 on Nov. 10th -- which, coincidentally, was also my New Jersey childhood and teenage friend Jonathan's 40th birthday. I turn 40 later this month on Nov. 26th, which is Thanksgiving this year.

Here was the Google front page image from (I think) Monday. Of note, my avatar (on the right) features Cookie Monster and Kermit the Frog, one of the few Muppet characterizes who was also on Sesame Street.

On another topic -- and speaking of The Washington Times as I did in my previous entry -- there is all kinds of chaos going on there and the newspaper may not survive in its present form. 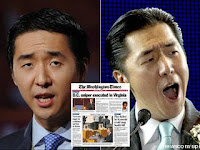 I'm not going to go into the details as it is rather complicated except to say, long story short, two of Rev. Sun Myung Moon's sons, Hyun Jin Preston Moon and Hyung Jin Moon, are in a nasty family feud that may very well end the money-losing propaganda broadsheet newspaper itself.

TalkingPointsMemo.com has been covering this story here, here, and here.
####### 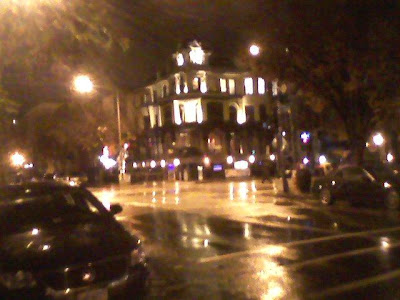 Anyway, that's all for now. I REALLY have to finish this fourth and final assignment for my contracting job. I also have Saturday evening dinner plans with some friends (a birthday dinner for Eric and me, as our birthdays are both on Thanksgiving, which means any celebratory things are ). So I may not update this blog until as late as Monday (Nov. 16th). Again, you'll live.
--Regulus
Posted by Regulus at 12:08 AM