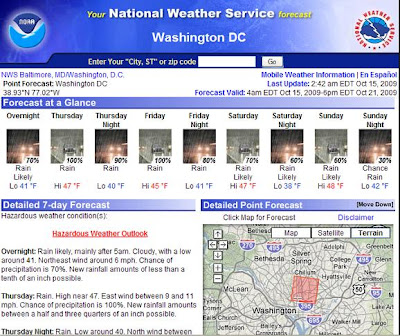 This is an unusually chilly and very rainy forecast for Washington, D.C., and environs.
It's turning out to be a cool, wet October. In fact, there was some sleet in the Potomac highlands and Shenandoah earlier this Wednesday, and I could have sworn I saw what looked like a touch of sleet mixed in with the rain here in D.C. even though the air temp. was around 50F at the time with a dew point around 34F.
####### 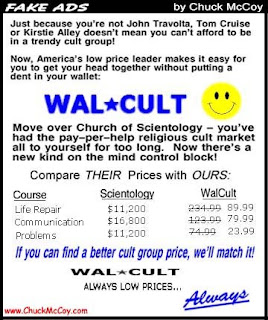 Speaking of the weather, or rather the climate, here is an article about the research findings of an Arctic survey team who predict the North Pole region will actually be ice free in summertime in about 10 years.

Also on climate, things so far are looking pretty grim for the upcoming Copenhagen international climate conference as part of the UNFCCC process to have a successor treaty to the failed Kyoto Protocol. The developing world - developed world (or "North - South") divide is simply too great and the economics and financial aspects of it all simply too difficult.
#######

In personal stuff, I had a nice dinner with Quill at Parkway Deli in Silver Spring earlier tonight and then LP arrived and we went to his place where I I helped him clean up and arrange some stuff. He recently had minor surgery related to a hernia, and he gave chronically broke me a bit of money in return. 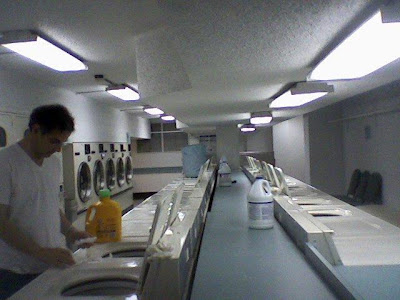 For Chester (while indulging my hippo fetish)... 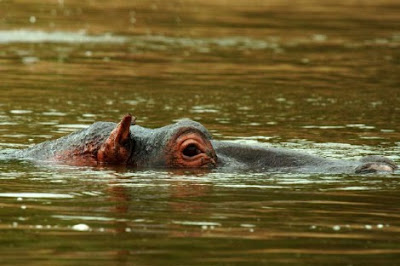 Totally apropos of nothing except I was thinking about it ...
I realize I've posted before this YouTube clip of the 1972 Nixon reelection commercial with its 2 minute upbeat song, but I am doing it again. What a S.O.B., but the commercial is quite captivating in its way, all the more so for what an early 1970s time capsule piece it has become.
####### 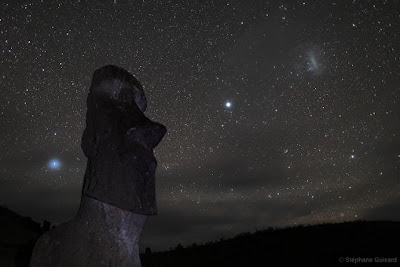 One of the haunting moai giant stone megaliths carved into human form on Easter Island (Rapa Nui) beneath a vast Southern Hemisphere starry sky with Sirius, Canopus, and the Large Magellanic Cloud (the largest of the Milky Way's satellite galaxies) prominently visible. This was the Oct. 12, 2009 Astronomy Picture of the Day, link here. 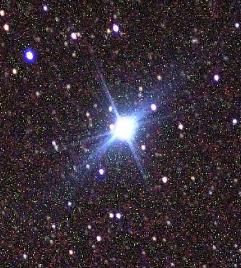 Canopus is now known to be approximately 310 light years away from Earth versus 8.6 light years for Sirius (A), and thus it is 15,000 times more luminous than the Sun and the intrinsically brightest star within 700 light years of Earth.

For many years it was difficult to ascertain this distance because of its unusual spectral class properties.
In the Frank - Brian Herbert Dune ("far future, sprawling, feudal") universe, Arrakis orbits the star Canopus.
Alas, we are just too far north in D.C. to ever see Canopus, but you can see it easily enough at certain times of the year in South Florida, blazing fiercely low in the southern sky beneath the breezy Tropic of Cancer.
#######

I'm very, very tired right now and cannot write much of an entry, and so I'm going to bed. My next planned update is for during the weekend. Next week is my next small claims court date. Sigh.