Another One of My Washington Weekend Updates -OR- A Human's Right 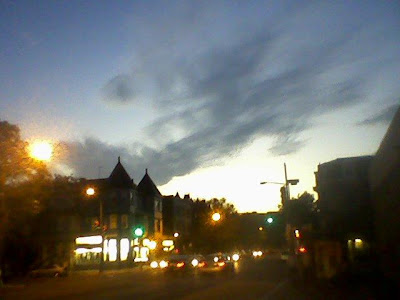 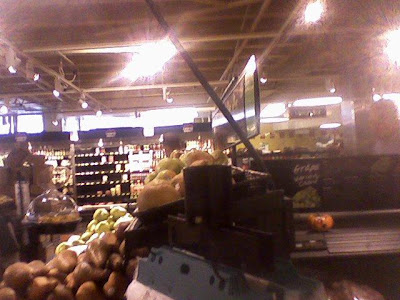 I am so fucking angry right even though I really shouldn't be, except for the fact I am nearly totally broke until next Friday and that tutoring job is total crap and I'm going to quit it rather than tutor 11 (ELEVEN!) students (the number keeps rising) on two nights a week for a whopping$72 a week BEFORE taxes -- not to mention the TOTAL disruption to my day that includes robbing me severely of time for my shitty contracting job that is my current bread and butter in this the nightmare that is my life in America 2009 ...
#######

Wait! Where was I??
Oh, yes, so I had a nice night with Chris T. This followed earlier today when he and I went to the Harris Teeter grocery store in Adams Morgan a short distance from here where he bought food to make for his weekly lunches and for a dinner tonight. The place used to house a roller skating rink back in the 1950s. 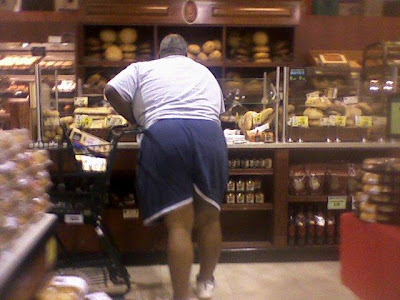 As for me, I'm so poor these days, I don't even belong in that grocery store. Anyway, afterward, I walked home and posted an entry on my Arcturus blog before showering / shaving and heading back out over there. We had a very nice dinner of salmon and broccoli and white wine and listened to easy jazz "singers and standards" music as well as watched some of the MPT-aired Brit-coms before I left. 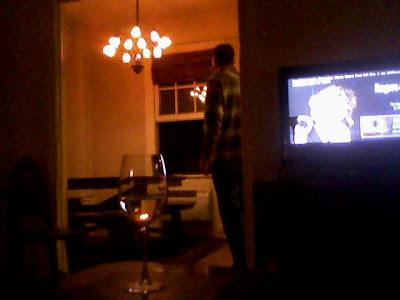 Here Chris walks into his dining room area while I listen to a Rod Stewart song on his "singers and standards" channel 439. Of note, those are real Tiffany shades in that light fixture over the dining room table.
#######

I returned home and found on Youtube the whole goddamn 12 parts to a BBC-produced show on the hypothetical eruption of the "Yellowstone Supervolcano" and the destruction of a very large part of the United States and return to ice age conditions globally, at least for a while.
In fact, if you want to watch the whole dag'gone series -you can do so here. If you watch this first part, it jumps on its own through the next 12 segments (six in part 1 and six in part 2) on its own and the overall film is about 2 hours long.
#######
Here are some images from tonight ... 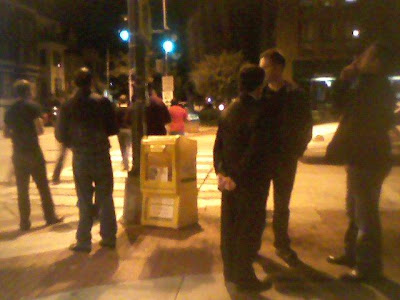 Anyway, after watching that, I went to Cobalt for about an hour. It was MOBBED, in part because of the post-Human Rights Campaign black tie dinner revelry. That's the dinner at which President Obama gave one of his characteristic yet perhaps ultimately empty and meaningless wonderful speeches, in this case, how he announced is intention to end (eventually) the national shame and insanity of the bullshit "Don't Ask, Don't Tell" travesty.
One of the reasons I am angry tonight ... 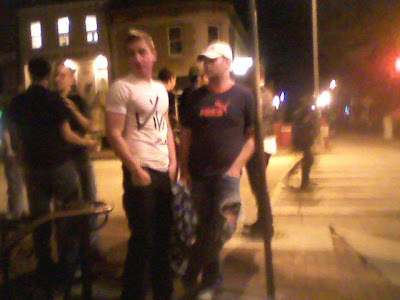 Here is a picture of a guy (in the white shirt) and his friend who earlier upstairs at Cobalt basically shoved me out of the way to order a drink -- and then proceeded to stand there and dance like a bunch of bitchy fags, TOTALLY self-unaware of their rudeness.
I was very pissed off by it, but I didn't say anything because it is SOOOOO not worth it. I look forward to the day when he is an old and ignored man in a gay bar, the blossom off his rose.
#######

After Cobalt, I went afterward to McDonald's (on 17th Street) for a cheeseburger. The line was half way to the back door and I ended up just in front of two young guys and a girl who could have been in that idiotic Real World show (which is being filmed here in D.C. this season). They were obnoxious, narcissistic, screaming loud, self-obsessed, and stupid.
I also caught a glimpse of myself in the mirror at how ugly and old I look. Anyway, I finally said aloud several times, "GOD, I hope you three end up working at McDonald's..." and the girl heard me and they got quiet and were mumbling to themselves, but by that point, I had my damn little post-bar dinner and I left and walked home. 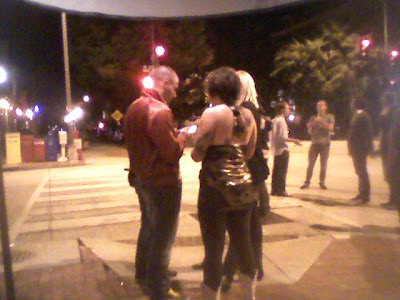 I am home now and need to go to bed.
The problem is that I am SEVERELY behind on my work that is due Monday morning. So tomorrow -- all the gay rights prances here in D.C. notwithstanding -- I cannot do ANYTHING except work all day.
I have two assignments due: the biweekly climate change news compendium with "Spotlight" interview (already completed) whose completion I am delaying by up to one day, and -- more importantly -- the "analysis" memo of H.R. 2454 and S. 1733 here in the 111th Congress (the two climate change related bills ) that MUST and WILL be turned in by 9AM Monday no matter what.
I so need to sleep now. 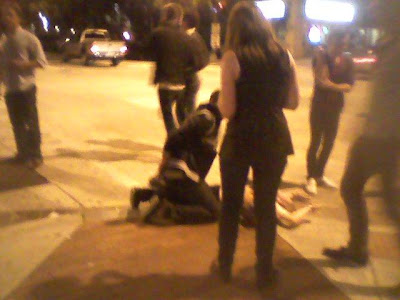 Gary was not at with me tonight. He is away in London and Paris until Tuesday, including on a visit to see Kristof in the former -- I returned home.
Last night I went to Adams Mill bar and grill and then to La Fourchette on 18th Street in Adams Morgan in a group dinner where the bill was $453, except I paid ZERO. I couldn't even pay any of it if I wanted to. I told Phil this before hand and he said not to worry about it. 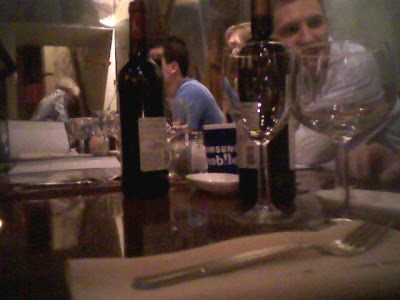 Here is Phil and the gang at La Fourchette ("The Fork"), a landmark Adams Morgan - Washington, D.C., restaurant that Stephanie remembers going to as a little girl with her parents in the early 1980s.
#######

Prior to going to this restaurant, we went to the Adams Mill bar and grill at the corner of Adams Mill Road and Columbia Road, NW, in Adams Morgan and very near where Phil and Stephanie live here in Washington, D.C. 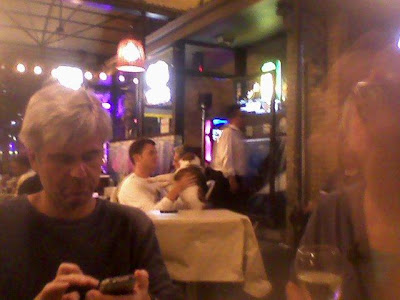 Dogs are allowed at this place in the outdoor seating area and Phil and Stephanie had brought Oliver while at the next table the young man Justin had brought his utterly adorable American bulldog puppy "Douglas", 7:42PM, Oct. 10, 2009
####### 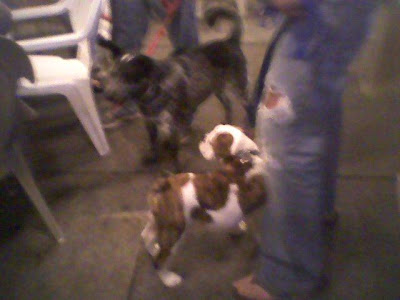 Anyway, I think that's all for now. I'm not actually posting this entry until during the day Sunday because I need to format it and insert a bunch of pictures.
My next entry planned entry is the Tuesday - Wednesday time frame.
--Regulus
Posted by Regulus at 3:28 AM

Some of the people you posted about seem very shallow. Like the ones in front of the bar. maybe it's just the context they were in. I'm sure they aren't like that in real life...maybe we all seem shallow at a glance.

I'm working today, too. I seem to be taking on more work & responsibility but the pay & the credit due isn't improving.

I hope everything is going well with you. Well, at least OK. :)

They are very shallow ... Or rather, the SUM of a bunch of gay guys is almost always LESS than the individual people.

You may end up editor-in-chief of the Coquille Valley Bugle Sentinel Bee.