OK, my internet was almost totally not working when I started this preliminary entry but now it is. However, I'll post it as I planned, except with several pictures. The bulk of my images will be in one or more subsequent entries. 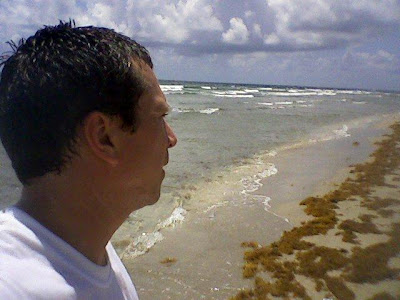 I think this image of me in the surf in Deerfield Beach, Fla., 12:37PM, Aug. 2, 2009 as part of a long walk is my favorite one. Yes, I wore a shirt into the ocean as part of my strategery along with SPF50 suntan lotion to avoid a severe sunburn. I still got a burn from my knees downward.
###### 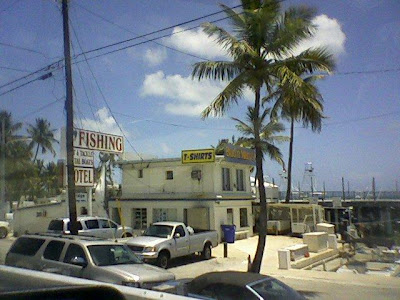 I'm back from South Florida and I have a lot to say and pictures to post. I went, as planned, to Key West, but I also ended up spending the last half of the trip in Deerfield Beach in the Ft. Lauderdale area, which is the third time this year I have done so, only this time with my dad. 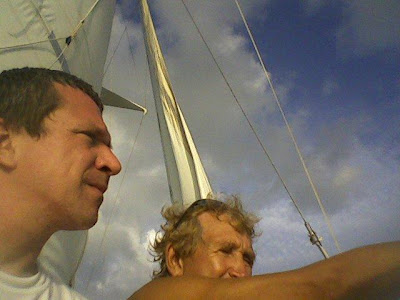 It was also a very good trip. Probably my best trip ever with my dad, certainly in my adult life. Oh, yes, my dad decided NOT to move to Key West but to remain in Flagler County along the Florida Atlantic coast. I have more to say on all of this ...
... However, my hapless computer's stupid internet connection is barely working right now-- either due to something internal to my network connection or as a result of some external issue today. Until this problem / issue is resolved or, alternatively, unless I go to a different computer, I cannot post an entry.
Sorry. 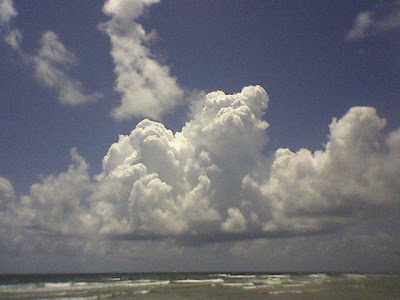 Sigh. A billowing cumulus congestus cloud off Deerfield Beach, Fla., 12:37PM, Aug. 2, 2009. As for the weather and fierce August South Florida Sun, I'll have more to say on that.
--Regulus

P.S. Now it seems to be working alright. I'll try to post another entry tonight if I can do so. Otherwise, I'll have to wait until later this week. I have about 90 images, so I may break it up into two or three separate entries.
Posted by Regulus at 7:53 PM

i am glad your trip went well...

how was the snorkeling tour?

I've had better snorkeling expeditions but I think it was partly because the Sun angle was already quite low so the water was darker than had it been at midday.

Yes, I have a bunch more pictures to post.

Welcome back! Ditto what the first commenter said.

Looking forward to more pictures and stories from your trip

Thanks, Rita and Kristof. I plan to have a new entry with at least part of the images up tonight. I've actually been quite busy the past two days. I've actually gone back into the office where I used to work (now as a contractor) to do some stuff in person. It's kind of weird to be back here. It's OK except for the fluorescent lights and the low pay ... and the excessive warmth. No, this ISN'T a Guatemalan sweatshop. It's a Japanese one.