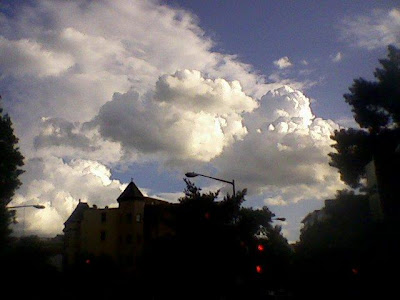 I'm watching reruns of I Love Lucy on Hallmark Channel.
There have been some tremendous tropical-like cloud formations in the sky lately thanks to a cut-0ff upper level low off the Canadian Maritime provinces, although I think the rainy period is over. Boo.
######

How are you doing, Kristof, baby doll?

######
I'm not going to mention the horrific accident on the D.C. Metrorail Red Line the other day with 9 dead and 80 injured when a southbound train (#112) -- probably as a result of a computer failure-induced brake failure in one of the original 1000-series cars -- crashed into a stationary one (#214) (cars in the 3000 and 5000-series). The crumpled one on top in the photo may be car #1079, which I have undoubtedly been in numerous times in the past 16 years. Source here. 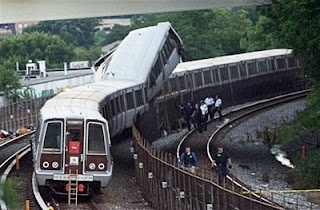 The accident was on the above-ground portion of the Red Line between Takoma Park and Ft. Totten stations. I have been on that line INNUMERABLE times. It was the worst accident in Metro's 33 year history and only the third one involving fatalities. The previous ones were in Jan. 1982 (3 dead) and Jan. 1996 (1 dead, the train operator).

Of note, those two previous ones occurred in a snowstorm -- and the 1982 one was directly related to the Air Florida crash. The weather was (first full day of summer) summery warm and fine on Monday. 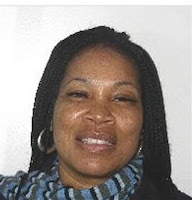 Among the dead was a long - time train operator named Jeanice McMillan, 42, of Springfield, Va., who (understandably not expecting such a failure) did not pull the emergency brake fast enuf. (I'm sure I heard her voice over the years since there really aren't more than about 50 regular Metrorail train operators.)

Here is a quintessentially Washington Post kind of article after a "big" event that is all about the personalities involved, including Major General David F. Wherley, Jr., who was the head of the DC National Guard, and his wife. 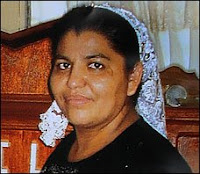 Among the others killed was Ana Fernandez, a mother of six who worked as a cleaning lady (pictured here on the left).

I will say I was hoping a few more of my erstwhile Blogger Buddies (and readers) would make inquiries about my well-being, but, alas, it was not meant to be. Boo. 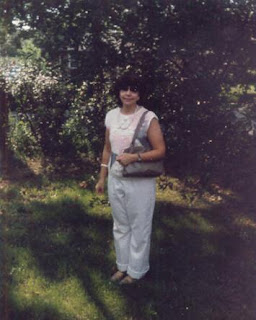 True, my mom -- pictured here long ago in Glen Burnie, Md., summer 1985 -- texted me (after no word for 3 months) in a "frantic" way asking me to contact her, but only because she watched too much TV, not because she really cared. I texted her back: "I'm not dead. Thanks for the concern." I have not since heard back from her. Oh, well.

UPDATED (for 6/24/2009): Yes, I did hear back from her and we talked Thur. afternoon for about 15 min. on the phone. in a pleasant enough conversation.
Did I ever mention her face (esp. from the nose up) reminds me of the Roseanne Arnold / Barr (circa 1988)?
And with that, Sweet Pea, I have to go to bed. G'night. 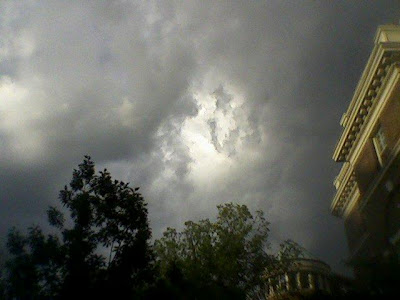 As my news is almost exclusively local anymore, I had no idea of any train wreck in Washington DC.
!I'm sure glad you weren't on that train!

Speaking of local news... I'm off to take photos of our counties new prison uniforms & interview the Sheriff.