The Waters of March and the Flowers of April 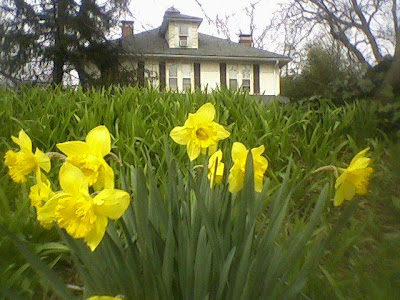 I'm sorry I haven't updated my blog in 5 days. I've been putting more time and attention in my other blog (an even bigger waste of time). As it is, my readership has dropped off dramatically, and I realize I'm contributing to it by not been visiting other blogs.

Anyway, here is my update, starting with the weather ... 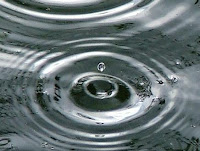 We had some decent rains between Thursday and early Sunday (1.10" at DCA, 1.27" at BWI and 1.57" at IAD), although we're still well below for the year and drought conditions threaten for spring into summer. 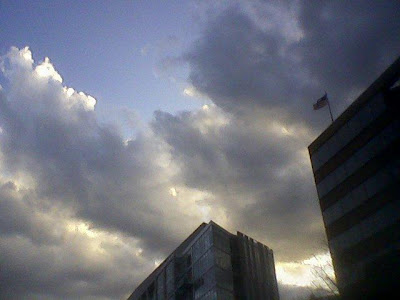 Here was a variably cloudy sky as seen from the corner of M St., NW, and New Hampshire Ave., NW, here in D.C., March 29, 2009 shortly after a cold front blasted through the area.

The front itself brought showers and thunderstorms that missed D.C. proper while parts of northern Maryland, Pennsylvania and New Jersey got nailed, including with hail. Temps. here plunged from 75F to around 55F in 2 to 3 hours. 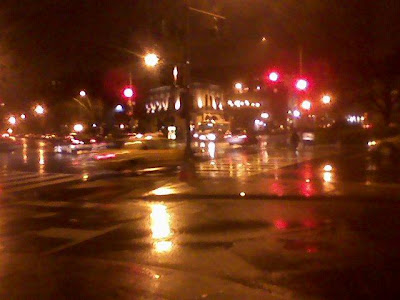 Of course, most Washingtonians (esp. urban gay men who have no concept of climate or weather beyond the bars, buying stuff way beyond what is necessary, and bitchiness) remain clueless on why rain is important. This is true of most urban and suburban people. 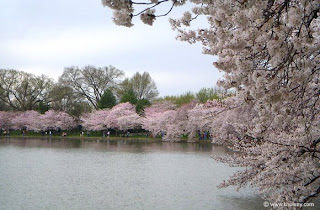 The April flowers -- which in D.C. are really March flowers -- have begun to blossom in earnest. The famed Yoshino "Japanese" cherry tree blossoms that are the signature tree of D.C. in springtime (pictured here at peak ringing the Tidal Basin from an internet image) will be peaking this week.

I am planning one of my signature *nighttime* walk down to the Tidal Basin with Gary and a Cobalt bartender friend of mine Wednesday night.

My weekend was, eh, so so, although I got to see a friend of mine named Chris who is in town visiting from Miami for work and we met up Saturday night at Cobalt. 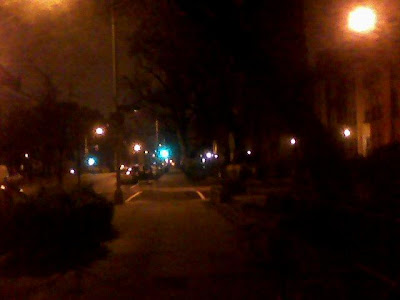 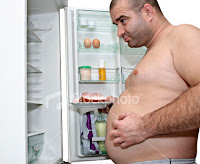 I'm feeling VERY unattractive and I desperately need to start going to the gym on campus. I have NEVER been so fat as I am now. My weight has gone up substantially in the past six months, probably 20 pounds, and I'm on the cusp of being noticeably fat.

Part of the problem is I'm nearly 40 and physiological changes are occurring in my body in terms of slower metabolism and just getting older and flabbier. I have to undertake some drastic action -- diet and going to the gym. I've also been deeply depressed of late, even by my standards of regular depression, and remaining at home all work week during the day. 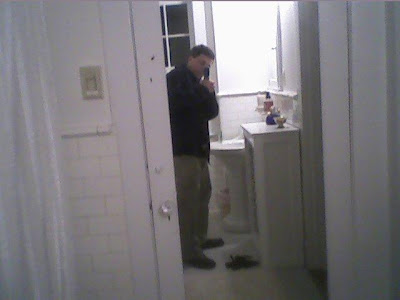 Yours Truly, Regulus, peering into the bathroom door mirror at Phil and Stephanie's place Saturday night (see below).

I also have to start giving more serious consideration and effort to looking for an actual full time job. While I theoretically have another 5 to 7 months of money cushion, I really don't want to go to down to my last dollar. I've already mentioned that I may simply move away from D.C. by early autumn if/when my dad actually moves to Key West, Fla., but I don't want to revisit that issue now. 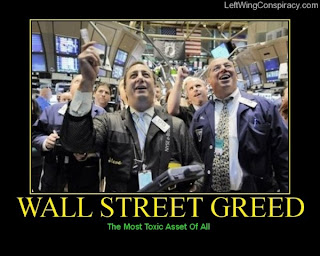 On an unrelated note, I guess the stock market will be sky- rocketing more this week as the whole world falls down in awe at the Geithner toxic asset purchase plan designed to restart the multi-trillion dollar Ponzi scheme that is present day American finance and economics -- the aim being to dupe the public to start buying into new bubbles as soon as possible. HAPPY DAYS ARE HERE AGAIN!

Here is an interesting article in the May 2009 Atlantic Monthly by Simon Johnson, a former IMF chief economist on how the U.S. economy and Federal Gov't have been "captured" by the financial industry and what that means.

Above is a YouTube clip of a Jimmy Kimmel skit featuring Sesame Street's Ernie and Cookie Monster explaining the Bernie Madoff scandal. It's rather warped but funny.

A few more images from this weekend taken at Phil's sprawling, nearly 12-hour long, multiple game poker party at his house on Saturday. I don't play poker but just went over for the social event. 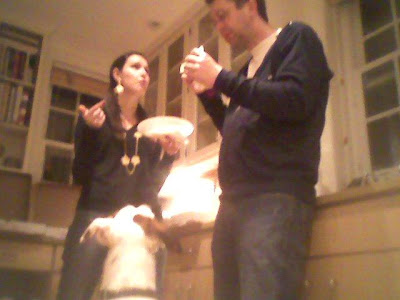 Here Stephanie and Chris chat while Oliver looks on hoping they drop some pizza. 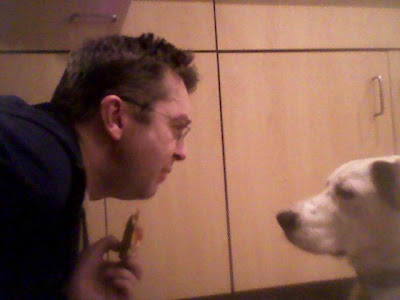 Chris attempts a Vulcan mind-meld with Oliver, who for his part is more interested in that remaining fragment of a piece of pizza.

I think that's all for now. My next planned update is later this week.

That Atlantic Monthly article is terrific by Simon Johnson. (Regulus, you've become a pretty good source for such articles.) I wish I had faith that our president would implement the bank-nationalization plan that he suggests (it is similar to that suggested by Paul Krugman as well), but I don't. For whatever reason -- fear, politics, cronysim -- Obama does not seem to be going in this direction. He seems to be doing exactly what Mr. Johnson says will only exacerbate and prolong the hardship.

"Regulus, you've become a pretty good source for such articles.

"I wish I had faith that our president would implement the bank-nationalization plan that he suggests ... but I don't."

My guess is that Obama actually believes -- or has been made to believe by the Wall Street "Masters of the Universe" crowd from the Clinton era he surrounded himself with -- that markets are ultimately self-correcting and these toxic "legacy" assets merely need to be propped up by the government to restore confidence and their "real" value, and -- voila! -- all will be well in the world. They cannot grasp that this is a road to failure because these people in essence are the problem, even though they don't think they are.

Good to see you Saturday.

Just imagine walking along through those blossom trees. It would be heaven.
We had a blossom tree when I was small, but it was so very spindly and sparsely-bloomed. They always seem to me trees of some fairy tale.


Nice to see you are having your longed for rain,. The night photos are very atmospheric. It must be lovely there right now.

Oh and the dog is settling in well.

The loveliest of trees the Cherry now, is hung with blooms along the bough, etc...

Well, nobody in Coquille would care if you were fat. Having all your teeth makes you a stud around here. :) ha ha ha! I'm kidding, it's not that bad.

Nice to hear from you, Fifi. I was beginning to worry about you. You've been away for a while. Actually, we didn't get that much rain.

Also, I was hoping you would have noticed my around-DC's-monumental-core photos in my previous entry.

Rita: Thank you for your compliment! I'm actually only missing one tooth, but it's way, way in the back of my mouth (#19, I think) from a severe gum infection episode in 2000. However, it's not noticeable! I also still have all my wisdom teeth, even though I often lack wisdom.

Regulus, that storm was one of the freakiest things I've ever seen (you probably would have enjoyed it, while safe) It got so dark within 5 min, dropped "my friend" off, ran to the car. It was just starting to drizzle... by the time we got to the end of the block (about 100 feet) you could not see 2 feet in front of you.

Golfball sized hail? YES. The whole thing lasted about 4 minutes! That's all. It was completely insane for those few minutes though.

Regulus, you know I have a "dramatic flair". You know I'm a bit loony. This really was some of the craziest shit.... and no, I wasn't drunk. I has just finished what amounted to a six course meal.