And Still Another Weekend 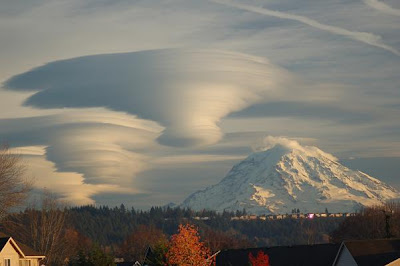 Lenticular "flying saucer" clouds over Mt. Rainier -- ah, Mount Rainier -- in Washington State, as seen on a day in December 2008. This was the APOD picture of the day for Feb. 3, 2009. Source here

Much less spectacularly, I'm in College Park on campus today in the policy school, and this is just a brief blog update. I need to go to the campus gym shortly. I also have to work on my nuclear power plant safety culture write up for my strange, now contractual job with [______] that is due by Tuesday "COB" ("close of business" in dumb American corporate-speak). I need to work on this over the weekend.

Otherwise, I really have no other plans except (hopefully) seeing the usual gang -- Chris T., LP, Gary, and Kristof this weekend, listed in no particular order of preference.

The weather is pure crap -- just clear and chilly but quickly moderating temps., no chance of rain, much less snow, for the next five days -- as our cold but snowless winter of D.C. discontent continues to march towards its March ending.

There is a Full Moon in a day or two.

As background, Mr. Sirius wrote on his own blog that he made one and possible multiple 9-1-1 calls over the course of 90 mins the other night because someone parked in his "secured" parking spot in his building garage. Apparently, a neighbor inadvertently parked in his spot. 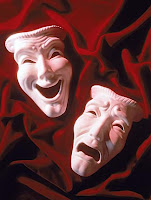 While I knew he has tried his hand several times at being a local stand up comic who may or may not be more pretty to look at than actually funny, I didn't know he was actually capable of so much humor.

I think he should incorporate that into this comic stand up routine. The audience will really be laughing. I'll say.

Anyway, I was thinking of some other critical reasons for calling 911, among them: * ANY more general "parking emergency" whereby one is unable to find a parking space within a 45 second period and/or within 0.07 miles of one's destination.

* ANY fashion emergency, so that one must be hurried off in chauffeur driven limousine to Pentagon City Mall or Tysons I and/or Tysons II for an immediate shopping expedition (preferably using TARP bailout money).

* ANY gym emergency so that one must be whisked away by a band of personal trainers to the nearest gym for a thorough workout and development of a new "total mind - body fitness, diet, and wellness regimen." 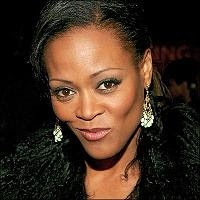 *ANY friend and/or acquaintance who has a problem that jeopardizes one's social standing, or more generally causes inconvenience or annoyance. Said person shall be kept as far away as possible until s/he has either moved away, ceased to be a problem, or otherwise "gets it together."**

This shall be known informally as the Robin Givens' Principle.

*ANY general transaction that does not maximize one's utility, as broadly defined, and that fails to immediately suggest that the Totality of the Universe and the meta-reality embedded therein does NOT revolve around oneself.

What a piece of work that boy is.

Last night, I saw one of my two favorite Golden Girls episodes. It is called "Not Another Monday" (the other one is "Bringing Up Baby"). It is actually a serious-themed one. A sick friend of Sophia wants to commit suicide and wants Sophia to be there for it. The climactic scene is here:

Watch it before the Lifetime "Golden Girls" Nazis force its YouTube removal:

My favorite lines: "I hear the silence..." and "We're not in this life for peace!" This is followed by, "'You wanted me here for your death. How about letting me be here for your life??' 'Like a friend?' 'Like a best friend!'" And when Sophia talks to the baby ("you're in for the long haul!"), ending with a smile and an upbeat musical flourish. 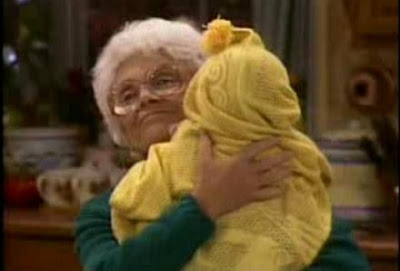 Anyway, that's all for now. Owing to the work related stuff I need to do this weekend, I may not update this blog again until Tuesday (Feb. 10) or Wednesday (Feb. 11).

**Full Disclosure: I actually got that line from a very old satirical magazine (possibly "Mad") talking about Robin Givens.

The first picture of Mt. Rainer is awesome & I mean that in the purest sense of the word!

I've never actually seen that type of cloud in real life, have you?

I saw Mr. Sirius's comedy routine on u-tube a while ago.
I did not think he was funny. If I remember right I thought his humor was snarky & mean spirited. Anyway I gave him points for having the courage? or whatever it takes to get up there & do it.

Speaking of work...I'm loving my new job at the newspaper. :) I actually hang out there when i'm not working.

I'm so sorry I haven't been by your blog.

Yes, Mt. Rainier is awesome ... pretty much any picture of it is awesome. I was always so enraptured with it when I lived in Seattle and on those all-too-infrequent occasions I visited Washington state. Of course, the mountain can be extremely dangerous: on a day long hike with my dad on a sunny, warm day in Sept. 1988, shortly after a 6 to 12 inch snow above the Paradise ranger station, I fell into a small crevice in the ice -- and snow was up to my chest. A little deeper, and, well, I wouldn't be hear to tell the tale.

And the weather can turn on a dime violently.

Yes, I've seen lenticular clouds, but never dramatic ones like that. They form over the Appalachians on occasion, and can even form downwind of mountains ... they just sort of sit there ...

I'm really glad to hear that the newspaper job is working out so well. You can become a journalist in the proudest sense of that word ... having once almost been a journalist myself, having gone through j-school even and interned at a wire service, I know a little bit about the journalistic mindset.

I'll refrain from any additional Mr. Sirius commentary in this comment except to say that I certainly could never get up there and do stand up. I'd bomb horribly. It takes a certain level of confidence and self-assurance to do that. As for his style of humor, well, I guess it suits his personality.