Great Expectations OR The End of an Error 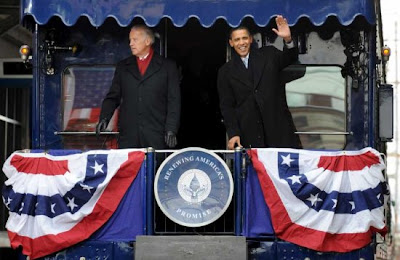 Pres-Elect Barack Obama and Vice President-Elect Joe Biden yesterday (Jan. 17, 2009) in Wilmington, Delaware as they rode a special train into Washington, D.C., ahead of Tuesday's inauguration. The overwrought Buzzflash referred to it as the "train bound for glory."

I really should be writing more about what's going on here in Washington, D.C., this weekend as we build up toward Obama's inauguration on Tuesday. 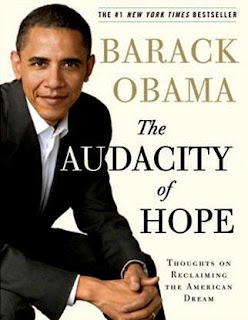 The city is filling up with all sorts of people ... the local population is energized and excited, people going around saying "Happy Inauguration" as if it were "Happy Holidays" or "Merry Christmas" ... There is a lot going on ... including a big concert down by the Lincoln Memorial today that includes Bruce Springsteen.

I wasn't in the mood to walk down there and stand in the cold among the throngs waiting for a glimpse of "The Boss" or even Bono, much less frickin' Beyonce (why do I hate her so much??)

Pictures of Obama are everywhere, along with stores that have sprung up briskly selling Obama merchandise ... Despite the slight cult - of - personality feel to some of it, overall it is a good thing.

There is no doubt he's bringing hope to many people. The Audacity of Hope. Indeed. 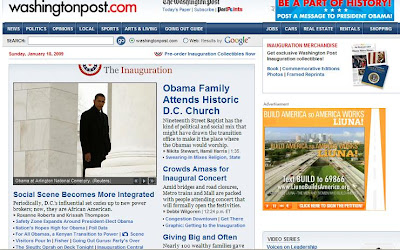 Here is a screen shot of our WaHoPo.com in full Obama-mania mode today, Jan. 18, 2009, even if its neutered "conventional wisdom" editorial board spent the last 8 years apologizing for nearly all of Bush's war crimes (save for the torture issue -- they were actually pretty good about condemning that).

But before moving on to the good things, let us bear witness to the past 8 years ... 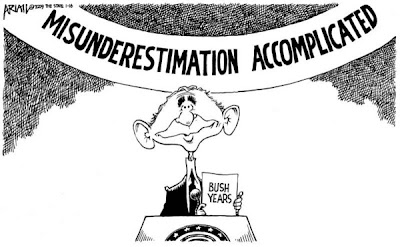 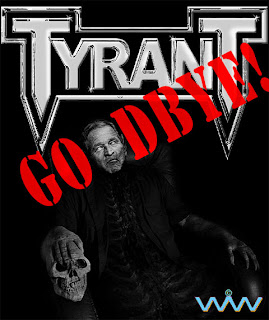 -- an era/error that should never have happened, but that DID happen ... thanks to a strange sort of a Fate or GOD that thrives on mayhem, wrongdoing, and suffering of innocents ... and, in a more earthly and direct sense, due to a hideous and historically criminal combination of a rightwing Supreme Court coup in 2000 (HEY, THREE FINGERS TONY, HOW YOU DOOIN'??) and the Republican Death Star ... enabled by compliant and complicit corporate media whores (can you say "Washington Post Editorial Board"?) ... a pussy Democratic opposition ... and the American electorate's overall dumbness (but why dwell on the past??) -- let us review the last nightmare 8 years with a Keith Olbermann retrospective aired on "Countdown" a few days ago.


Yes, Olbermann can be a real egomaniac and I find him tiring sometimes, but this one was good, at least I thought so.

DISCLOSURE: I went there with Gary and Kristof -- and the following represents only my opinions, not theirs.

Last night, seeking to avoid the monthly Saturday night "Bare" lesbian event at Cobalt, I went to Town, which was actually having an "Obama Inauguration" - themed party that consisted solely of having some flag banners over the dance floors and the giant screen TVs that loom enormously on the upper walls showing the same clips over and over of Obama giving a speech the night of his election victory in November.

As for Town, it is pretty much your run-of-the-mill version of any shitty gay nightclub this side of A.D. 2000 in D.C., or for that matter, L.A., and the gay community's crystal meth, ecstasy, and body building steroid epidemics ... 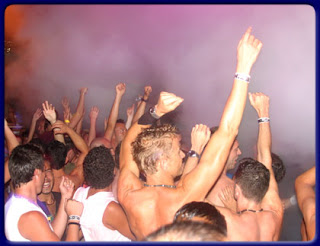 ... sort of like the generic one pictured at left that I got off the internet ... with the usual obscene prices (all the more self defeating in a time of impending deflationary depression), life-draining fascism of beauty and other anti-life values ... stupid "IK - CHA - IK - CHA - IK- CHA - CHA - CHA" dance beat applied to every idiotic Beyonce or Katy Perry song ... bartenders expecting huge tips even as they just sneer at you when you go to order (I didn't leave a tip to the one who was extra rude since I don't give a shit anymore and I'm not going to be that big a patsy) ... and on and on ...

I also have a few other things to relate. Quill's family dog, Bernice, died yesterday, or rather was put down, as she no longer could walk and was in rapid decline. I'll write more about her but not in this entry. This isn't the entry for that. 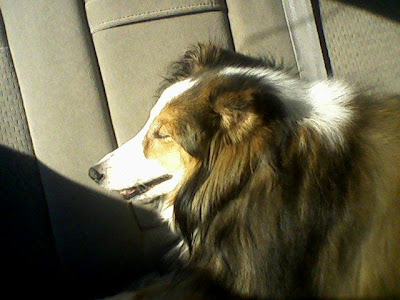 Bernice in the back seat of the family van in a photo taken either in Sept. 2007 or June 2008 (I didn't date it) in Silver Spring, Md. Goodbye, my puppy love.

Coincidentally, Stephanie and Phil are in the process of adopting a new dog.

Yesterday afternoon, I had a nice lunch at the 94th Aerosquadron in College Park with my mom and Ray. Toward the end of lunch, though, an overhead pipe burst and water was gushing wildly into the restaurant area (about 20 feet from us), and the place was hurriedly closed and the power turned off. The pipe burst possibly because of the recent cold wave.

Speaking of cold waves and the weather, I've been mentally deranged apoplectic over the total dearth of snow in D.C. 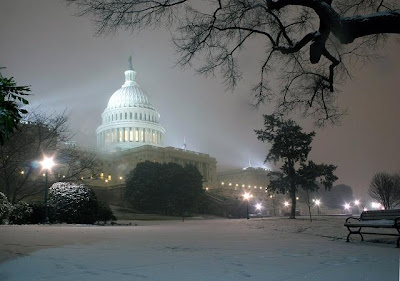 Yes, there is a chance of 1/2" tomorrow night, but I'll believe it when I see it. It's all the more vexing as it is has been so cold this past week. We've been in a five year snow drought even as Boston, Chicago, and, hell, even Seattle, got buried. I'm so sick of hearing how Marquette, Michigan has had, like, 257" of snow this season while DCA has had "trace." 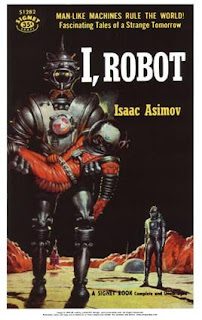 OK, that's all for now. Yay, I made it through an entry without a single Mr. Sirius (I, Robot) reference. Instead, I'll write about him, or rather, my mental disorder that has nothing to do with him and instead is all about me inside my head, on my other blog. Or maybe it's just what Dr. P. said -- this strange idealization -- and so giving it up, that is, losing it would be like losing this sense of ideal self.

And there ya' go.

I'm not sure how I found this site, I was looking for MLK holiday sites. Anyway, it happens to critic some of the bars you talk about so I thought it was an interesting link to stumble upon.

I'm sorry to hear about your doggy friend. I hope you were able to say good-by to her at some point.

The city is indeed pretty wild right now. I was out on 18th last night and it was a mob scene -- a Sunday night (well, Monday morning technically) and it was like Mardi Gras. Walking down the street I got stopped mid-stride by a woman who said I was a "beautiful boy," then after a 5-minute exchange (made difficult by the fact she didn't speak very good English) she invited me back to her friend's hotel (or possibly her friend's apartment) to drink some sort of liquor she had in her purse. I respectfully declined, because that's incredibly sketchy (and she was at least 15 years older than me, although not unattractive I would like to note), but still... That sort of stuff doesn't happen on a regular weekend. If McCain were elected I bet the parties would have sucked.

Anyway, send me a text or give me a call if you ever want to get a drink. I'm usually not up to anything important.

Rita: Thanks for the link. I will check it out. Yes, it is sad about Bernice. She wasn't actually my dog -- I only saw her about three or four times a year -- so it's not like I lost my dog. But it's still sad and she was a good dog.

We were wondering where you were on Saturday night. Phil had a UFC watching event, which I have no use for ... I'm not into human cockfighting ... but I went over toward the end of the evening and there was a big group there.

As for the lady who wanted to hook up with you, you did the right thing. Although I wonder if she were, say, 5 years younger than you and bosomy and lovely, would the result have been the same?! Ha ha.

Had McCain won, the city would've been dead except for some shitty GOP parties in Capitol Hill and opulent downtown hotels. Would have been a radically different feel.

What will you be doing tomorrow? I'm around. I'll text you. Thank you for the comment.

It must be wild to be in the epicentre of it all!


I am very sorry to hear about Bernice.
She was a very fine dog and friend.


( sorry, My head is so empty right now. It's a good thing, and sadly only a transient state)

No worries, Fifi. Any comment you post is welcome. Sounds like you've been on summer holiday -- and that's a good thing. Hope all is well with you.