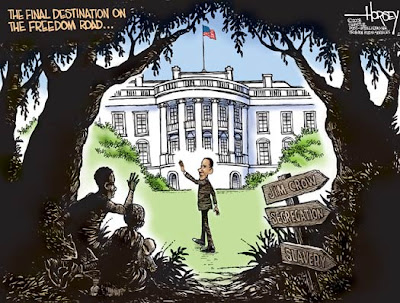 I will try to post a proper entry tomorrow (or rather, later today, Thursday).

What a historic election -- and so nice not to have to groan through the returns.

On a personal note, I should have been happier last night, but owing to a complicated set of circumstances, I didn't eat a proper dinner and then got waaaaaay drunk at Cobalt with my friends watching the election results come in, and I also found out last night that Kristof -- my Flower Drum Song and Baby Doll -- is apparently going to have to leave the U.S. only "for two months" while immigration and naturalization issues are sorted out through his employer, and that really depressed me last night. He walked me home but I don't recall. 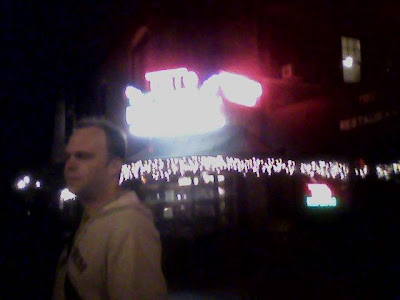 Here is Kristof earlier outside of Trio's on 17th Street in the heart of the gayborhood after our dinner at Bua's. Actually, I didn't eat much at Bua's because I got there late because I had to vote late. The line in the morning at Garnet - Patterson Jr. High was around the block so I went just before 7PM to vote. This lack of dinner contributed to my drunkenness later. 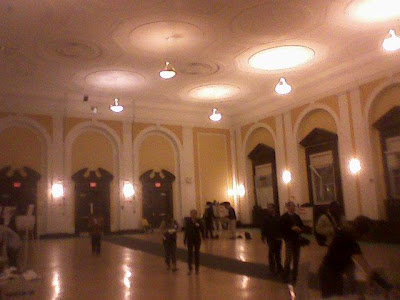 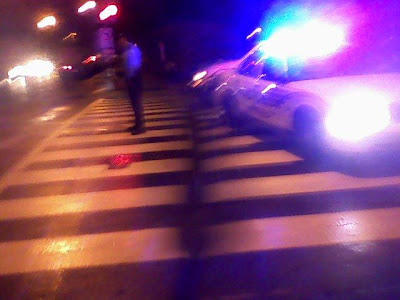 Here a police cruiser blocked off U Street, NW, right by my apt. around 1145PM last night. I took this picture but don't recall doing so.

I wanted to walk down to the White House but I didn't make it. I believe Kristof, Gerry, and Gary did, though. I was passed out drunk in bed. Boo me. 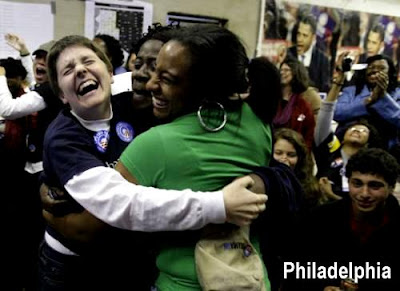 A BIG SHOUT OUT TO MY BLOGGER FRIEND HANDMAIDEN! Through a special combination of hard work, perseverance, some luck, and a quirk, she won her seat on the city council in her hometown of Coquille, Oregon.

Ashamedly, I must admit, I didn't think it would happen because I thought the town was just too parochial and conservative for someone like her. 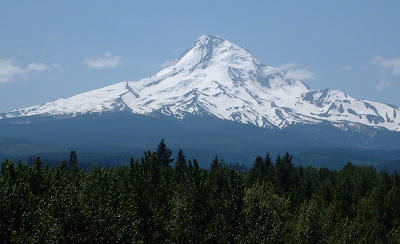 CHECK OUT THE NEW YORK TIMES INTERACTIVE MAP HERE. Click on state to "zoom in" -- and hit "zoom out" to zoom out (don't hit backspace).

Alaska has no counties, so excluding it, only ONE state out of the 49 had NO counties (or in Louisiana's case, parishes) that were majority for Obama.

No, NOT Utah, NOT Nebraska

Conversely, Obama won all the counties in Hawaii, Rhode Island, Massachusetts, Vermont, and New Hampshire. (Each major Hawaiian island is a separate county.) 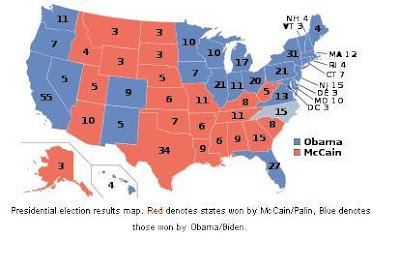 The jurisdiction with the biggest Obama win was, yes, the District of Columbia with a 92.9 to 6.5 percent win. Hmmm. 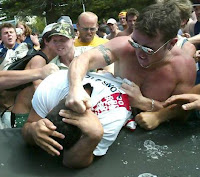 Not all was good -- California's odious Proposition 8 passed, in part due to millions of dollars in Mormon Church money and reactionary intrigue -- as were anti-gay measures in Arkansas, Florida, and Arizona. Civil and basic human rights decided by lumpen-proletariat plebiscite is a losing proposition, and the fascist bastards behind these measures know that. And fucking slots passed in Maryland -- now enshrined in the state's goddamn constitution.

My personal shocker WASN'T that Anne Arundel County, Md., went for McCain 50.5 to 48.0 percent -- the county hasn't gone for a Democrat since LBJ in 1964, and I'm sure my mother's vote contributed to the McCain total. 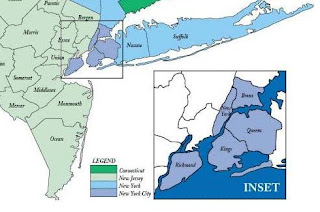 Interestingly, Richmond County, N.Y. -- better known as the frickin' New York City borough of Staten Island where Mr. Sirius (I, GOD) has a connection I shall not mention -- went for McCain 52.2 to 47.2. Manhattan (New York County) was for Obama 85.1 to 13.8 percent. 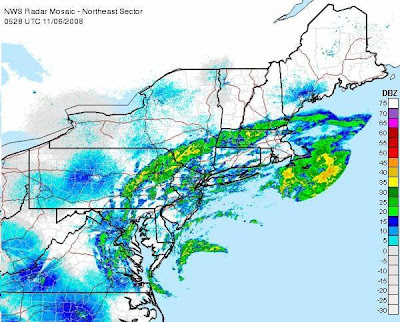 There is a coastal storm -- the second in two weeks -- that is slowly spiraling inland and it is a mild, showery night. It is actually a sort of hybrid subtropical low.

That's all for now. Oh, yes, I spoke to my boss and the top boss about returning to a four day a week / hourly schedule. I think it will come to pass. I plan to have more to say about this in my next entry.

Thank you, my dear.
Now all I have to do is live up to the expectations of all those people who voted for me.

I'm sure you will do just fine. But I still think you need a Bush/GOP-style party loyalty enforcer ... or at least a part-staffer to field all those phone calls from irate citizens.

I actually walked to the White House by myself. Not sure where everyone else was. I remember that Phil went home some time after Obama's speech. But we talked with Craig M. for a while.
I then met up with Gloria who came down in front of her building wearing her pajamas. It was a crazy night.

You would not believe the story I could tell about all the crap that was pulled to keep me off of the city council. I know we are talking about a little bitty town in the middle of nowhere but, it has to be a reflection of the general state of affairs of politics & also the law.
For instance, It is amazing to me how vague something like the city charter can be, so vague that it can take political maneuvering & wrangling for hours to get something done.

I know I'm pushing the envelope (I can't believe I'm even using that term)by getting involved but it is fascinating & I do have what i think is a noble agenda.

I plan on calling you when I need advice. :)