**I will post my other New Jersey pictures this week in a subsequent entry.** 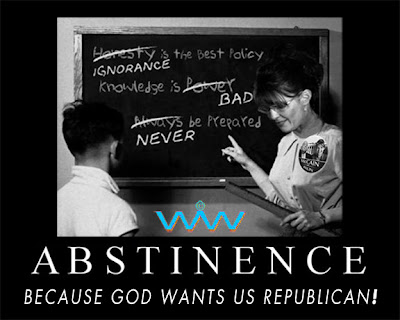 Also, sorry, I couldn't resist a political pic or two, especially now that McCain / Palin are surging in the opinion polls. 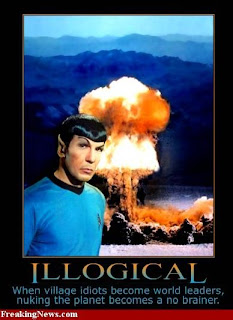 The American Electorate: Deep Down Dumb You Can Believe In

It now appears that Obama is gonna lose the election. Hillary should have been the nominee, and short of that, CERTAINLY Obama's VEEP. This impending train wreck could've easily been avoided.

I did not go to work this Monday because I needed to spend a bit more time with my dad before he left on his drive home to Florida, including going to Plato's Diner in College Park. He's actually stopping on his way back near Myrtle Beach, S.C., to visit a friend on his way back.

I also needed and was able to do some stuff on campus (College Park) because I am taking two classes, one on Monday evening and another on Wed. evening. It turns out a girl in my Monday class works near me in Bethesda so I may not need to take the bus on Monday.

Speaking of going to South Carolina and Florida ... 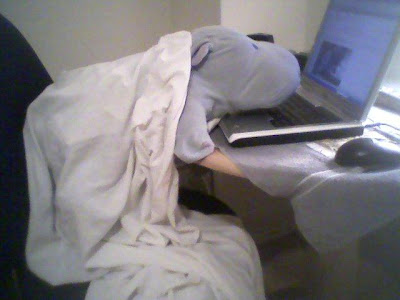 ... here is a picture of Flippo posting a blog entry wearing one of the bathrobes the lodge staff kindly gave us on our recent safari down the Limpopo River trip to Florida and South Carolina.

Flippo actually posted an entry with lots of pictures. That's never happened before.

Speaking of the UMCP campus, this day, Sept. 8, 2008 is the 16th (!) anniversary of my initial arrival there ... that would be almost three masters degrees and an undergraduate degree away (actually, I haven't finished the third masters just yet). I'll never forget that life-changing day on Sept. 8, 1992 ... and a big thank you to my dad, Quill, and Quill's parents who so helped me. 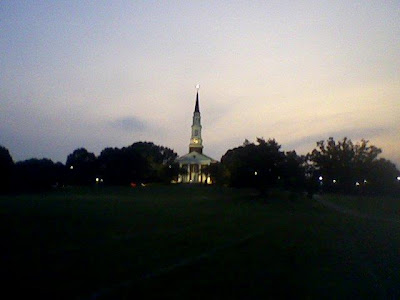 It was so peaceful this balmy September dusk walking across campus -- so filled with young, vibrant, not to mention some beautiful student life -- to the College Park Metro station.

I don't think I can ever really leave or let go of the University of Maryland, College Park.

What a lovely peaceful end to this post. Funny how you have such a love/hete relationship with where you are now.

That sarah palin thing seems like someones idea of a joke. Can this be real? what if the other bloke drops dead, and she ends up in charge? oh my god! then we will all be in big trouble . yikes.

I suppose it is a love / hate relationship in its way.

No, the Sarah Palin thing is no joke. Or if it is a joke, the joke is on America. It's certainly on Barack Obama -- read this column by Richard Cohen of The Washington Post (carried via the Real Clear Politics site that has a compendium of opinion polls).

America will probably fall for this charade, AS USUAL, and the Democrat (in this case, Obama) will be left standing there like the clueless fool that he is, wondering what hit him. And the Empire will continue its farcical decline. Too many Americans are what Marx called "bribed tools of reactionary intrigue," or maybe just useful idiots, who will vote against their own interests until the end of time provided the corporate powers that be send some appealing, pseudo-populist to burble about "family values." In this case, the brilliance is that it is a woman who is sort of a Frankensteinian hybrid of an updated June Cleaver and your local female Protestant minister at the Church of the Seven Days Holy Profit. Very strange country indeed. I don't know how it survives. Maybe it won't.

Hey, fine by me if we lose the empire, as long as we can hold on to the republic.

Withnail -- Agreed. Time to read Plato's Republic. Actually, I never read it before.

Fifi -- Do you have Pentecostal / evangelical churches in Australia in any significant number? In America, esp. in the South and the vast interior, you can't go more than a mile without bumping into (1) a fundie church (these days, ever-larger, unlike the old cracker box sized ones of yesteryear), (2) a strip mall, or (3) a tract development and/or trailer park.