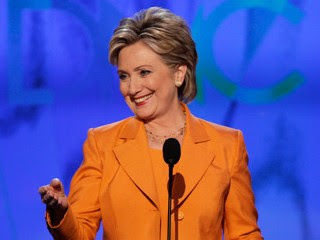 ... and the saddest thing of all, what could have been.

Hillary in '12 or '16. I'm thinking '12, but I'm often wrong in my political judgments. Maybe Barack really will win in a rout, and maybe I just don't get it. It still should have been her.

I need to post a new entry but I'm really tired right now. Earlier tonight, I had dinner with Kristof and Scuba Steve -- it's his birthday tomorrow -- at Bua's. Kristof and I then walked briefly to Cobalt for only about a 20 minute stay. Now I'm home. 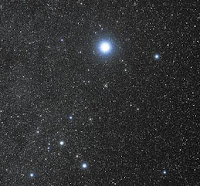 While walking from the restaurant, transiting the very fringe of the Forbidden / Exclusion Zone, did I catch a glimpse of a certain stellar presence beneath an awning and strangely veiled in early summer night shadows?

In the 15 yard or so shadowy distance, it was all dark hair and big arms linked to a seated figure at once hulking and yet so intrinsically attractive and who appeared to have noticed me.

More likely, it was probably just the interplay of night shadows and imagination.

A few minutes ago, I was trying to pay my RCN cable / internet bill online but I was typing in my routing code and bank account in the wrong boxes. I didn't realize this and instead went into a shrieking fit, until I realized it and then it was like nothing happened. 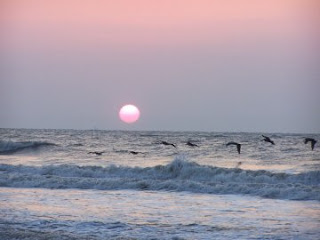 I'm severely behind on an assignment at work. Beyond that, my boss agreed to my Monday schedule tweak so that I may now take a class Monday evenings at 530PM and Wed. night at 7PM. My student loan refund arrived. I'm actually NOT broke right now AND it doesn't APPEAR that 85 percent of my refund ($6101) will INSTANTLY vanish on three - week - late - rent, debt to friends, and bills.

I hope it rains tomorrow but it may be a close call. But no weather or politics tonight. 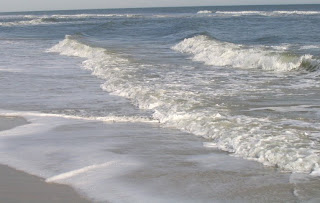 Oh, yes, my dad is coming up from Florida to go to his 50th high school reunion in Long Branch, New Jersey on Sept. 6, and the plan, it now seems, is that I go with him (I'm taking off Friday, Sept. 5th) but I'm not going to the event itself, which is fine with me. (Gary and I may be going back up to NJ on the weekend of Sept. 12 - 13.)

Being there with him -- our first time there together since May 1994 -- will be bizarre, surreal, in a place so filled with ghosts from my lost 1970s childhood and 1980s teenage summer years.

Oh, yes, I forgot. Some of my here-and-now 2008 friends in Washington, D.C. want to meet him when he is here on Thur., Sept. 4th (he's staying overnight in my broom closet of a place). I explained they want to meet him.

"Because you're legendary," I said.

P.S. This story from today's USA Today about the possible tragic real-life origins of Superman involving the untimely death of the father of one of the co-creators made me cry.
Posted by Regulus at 11:20 PM

Well yeah. I wanna meet your dad. He is legend, and I suspect you are a chip off the old block (of his good qualities, of course!). I also think he and my dad gave something in common in the way their first marriages went.

She gave an amazing speech!!!

Slappy -- Assuming you're around, you'll get to meet him, but it will probably be with several other people.

Kristof -- Yes, she did. But a good speech and $2.25 will get you a Grande coffee at Starbucks.

It should have been her ... in a sane process not dominated by small numbers of loopy-liberal Democrats in giant uber-conservative interior square states in a PC-feel good group-grope caucus process, she would have won.

Well of course. I wasn't expecting a private audience with His Regulus-shire-ness. I am still optomistic that McCain doesn't have a shot in hell, regardless of who is running against him. And if he picks Romney, well hell. Being it on!

I want to see Regulus do a shrieking fit! :)

Well, it happens about every 45 minutes or so, so the wait in between manic, marionette-on-a-jumbled string eruptions isn't that long.


Right, and I'm sure Hillary would've run away with Puerto Rico in the general.

I hope my political views aren't too off-putting to you. I know you like Obama quite a bit. My only point is that I STILL think she was (1) the better candidate and (2) the more viable candidate. But whatever. We'll never know in the absence of the counter-factual, and that's not an option.

That made me sad. The Logan's Run clips made me cry. I watch that darned movie every time it comes on.

You might find this of interest. Handmaiden posted it on her blog.

This thread is probably way dead...

...but I'd like to point out that I'm not a huge Obama fan by any means. I will certainly vote for him if October polling in MN is at all close (as I would have for Clinton). I doubt he'll have much of problem here, though.

The thread is never dead. Your comments are always welcome.

Obama is gonna blow this thing, his chance, because he just doesn't understand the nature of what he's up against.

I just wish the Democratic base and its candidate would spend 10 percent the energy they spent on demonizing and defeating Hillary, the best asset the Democratic Party had, on defeating Grandpa McCain and the Barracuda and the GOP in general. This is so frustrating.