Somewhere Down a Lazy Potomac River 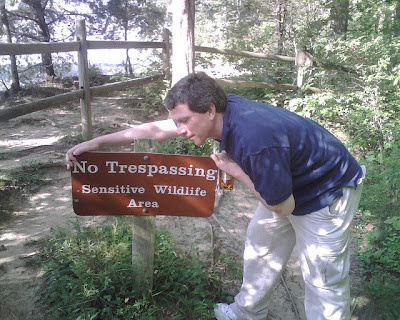 ... just outside the D.C. NW gayborhood Sirius No Go zone, bounded by 17th and 16th Streets, NW, between P and Q Streets, NW. 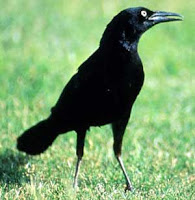 Actually, the above picture was taken by my friend Gerry (on his much superior camera) at Mason Neck in Virginia (near Lorton and Woodbridge, where Gerry partly grew up) -- where there are many bald eagles -- Sunday late afternoon, June 29, 2008, about 20 miles south of D.C. as the metaphorical dyspeptic old crow flies.

This rarely happens, but I'm actually confused as to whether this is Mason Neck (Virginia) State Park or Elizabeth Hartwell Mason Neck (federal) National Wildlife Refuge. The two are basically next to each other, and you drive a long way down a wending road that may or may take you from one to another. 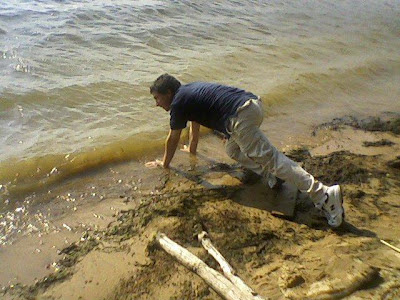 If I had to guess, I'd say we were in the Mason Neck NWR but Google maps was no help at all, and I'm not going to spend all night trying to figure it out. 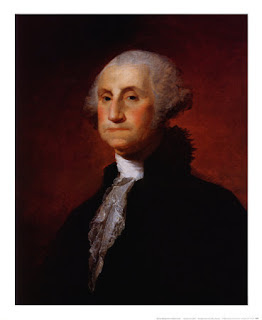 As it is, I was all confused and thought I was near a spot that I saw once from a boat on said river of a huge chalet that faces due north looking upriver toward D.C. about 15 miles away.

The spot is located at the big bend in the Potomac across from which on the Virginia side is the forever - inscrutable George Washington's Mount Vernon estate.

The mystery chalet, of course, is not visible from D.C. (except maybe with a strong telescope). Again, it is located on that low, forested ridge about 10 miles south of the Wilson Bridge and 15 miles south of the part of downtown D.C.. The ridge is visible from upper 16th St. in D.C. I believe the chalet is on the Maryland side (given the way that the Potomac River bends). 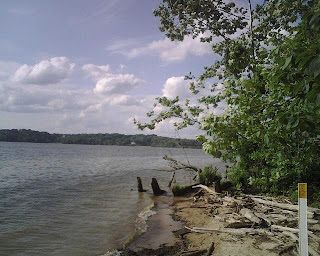 (As an aside, the visibility these days as seen from, say, south - bound 16th St., NW, is SO MUCH better over so much of the Eastern U.S. thanks to the HUGE reduction in sulfur dioxide related pollutants in the air from coal-fired power plants than in the early 1990s, thanks again to the Clean Air Act Amendments of 1990, but I digress.)

ANYWHO, we were at least five miles south of that spot where the chalet like structure is that I've seen only in the far distance. My guess is that it is in Piscataway Park on the Maryland side. 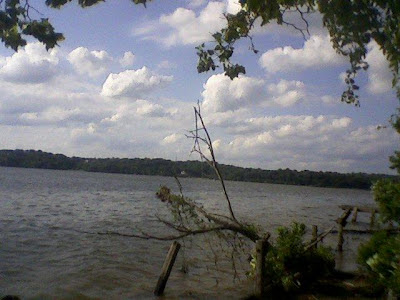 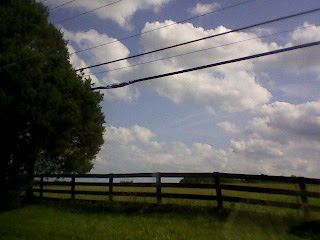 I'm going to have to cut this entry short.

I had a VERY busy day at work today and I'm behind in my sleep, and then I met Kristof and he took me to dinner at Bua's (on the edge of that aforementioned no go zone, but I like that) Thai restaurant. We then went to Cobalt for a bit afterward.

I owe him some money and/or a dinner -- I won't forget, Baby Doll. I'm not a pauper this time. It's just I paid my July rent and I'm, well, broke until the 11th. Again. Even working full time. Boo. 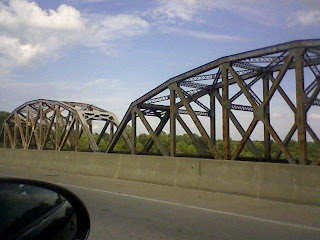 Oh, yes, yesterday at the Soviet Safeway on 17th St., I nearly collided -- literally -- in the store with one of Mr. Sirius's Inner Royal Court members. I think his name is Mr. Pippen. I was in a hurry to get in and out and as I walked by him, he turned around abruptly and I nearly bumped into him.

No, there's no more to the story than that, except I'm sort of embarrassed to be seen. My hair is all gray and dark brown, late stage Chia Pet bushy. I need a hair cut. 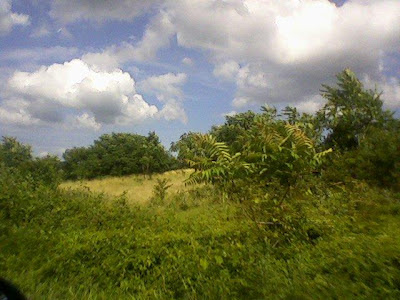 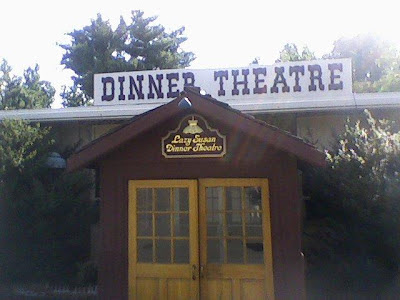 I think Gerry and I are going to try to go there at some point. 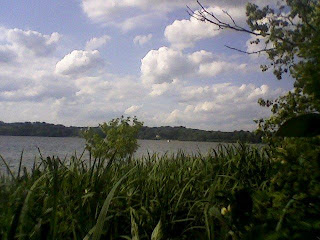 Anyway, I need to get to bed now. I have to finish 2-1/2 more of my 4 + 1 case studies on power co-generation case studies, focused on engineering safety systems and insurance issues.

So IF anyone wants to know about boiler maintenance and repair (as opposed to operator) licensing laws in Oregon or Butler Hospital's four 60-kilowatt Capstone microturbines there in Providence, Rhode Island, or who licenses a stationary operating engineer in Maryland, just ask.

My next entry will probably be this weekend. Still haven't updated my darn Arcturus blog. Boo.

I have 4th of July plans with Gerry, Gary and Kristof, and perhaps LP, and maybe even Brian and Greg (they're down from NYC), and I'm seeing Phil and Stephanie, too.

I believe we were in the Virginia State park. It was a Virginia State cop who was waiting for an excuse to throw us in Gitmo for not being sensitive enough to the wildlife. Who knew wildlife was so thin skinned?

Who knew wildlife was so thin skinned?

My mama. In reference to me.

"Girls, I want you think LOOOOONG and hard before you give an answer ... Am I ugly-"

Hmmm, well, I didn't understand a bit of that but, "HappY $th of July" for want of a better term.

The "Lazy Susan Dinner Theatre" thing does look intriguing. If you go give us a report & take pictures, OK?

I'm working at the Lazy Susan dinner theater. You should visit sometime, grab dinner and see a show. The summer show is pretty good, from what I've seen.