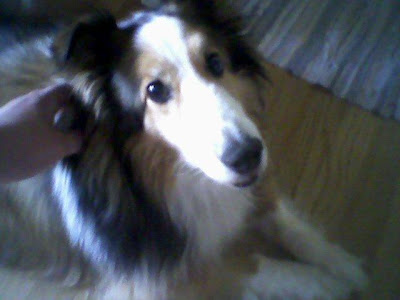 Here she is in her peaceful suburban Silver Spring Md., abode.

This is a just a quick update ... I will try to post a fuller entry either later tonight or, more likely, tomorrow that will be replete with images I've taken since Thursday. 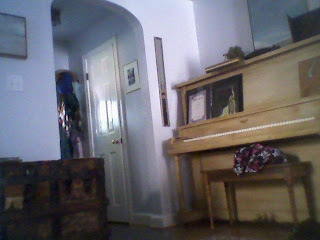 This includes my visit to Quill's parents' peaceful Silver Spring suburban sanctuary yesterday where we all had dinner and I got to spend time with Bernice. Pictured here is the piano in the living room.

This afternoon, Gary, maybe Gerry and I are going to take a walk even though it is forecastd to be 98F hellishly hot and humid here in D.C. on a route nearly identical to the one I took solo on Thursday that included the walk through Battery Kemble park and the visit to aforementioned sour cherry tree (see last entry). It begins at Friendship Heights Metro and runs through the Spring Valley section of D.C. and over to Glover Parkway into Glover Park and Georgetown and back to Dupont Circle. Parts of it are in the woods on a surprisingly steep and forested terrain -- you wouldn't guess you're in D.C.

Bernice and Yours Truly, Regulus 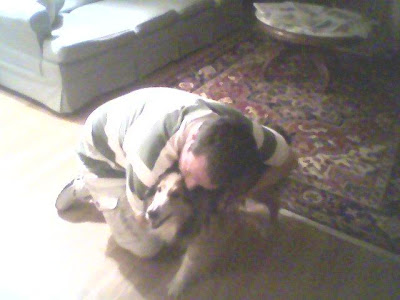 "Would somebody get him off of me already?"

Concerning the hot weather, it was the same yesterday, although we had some powerful thunderstorms with a spectacular lightning display around the area last night. They swept slowly across the area between 7PM and 11PM. The sky was a shifting, dramatic panorama of weirdly colored clouds -- gray, green-gray, yellow-gray, yellow-orange, lavender -- with steadily building lightning and grumbling thunder at sunset. The main cluster hit around 9PM. 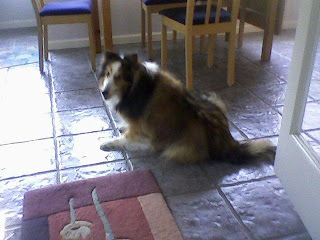 "I control the weather."

There had been a mid-level cap over the region, and the NWS local forecasters (at Sterling LWX) didn't think it would break, so there wasn't a mention of t-storms in the official forecast for the DC/Baltimore area, but break the cap did as the first cells fired up around 3PM near Charlottesville and propagated eastward and -- bam! -- there were storms with tremendous lightning and thunder and a biblical deluge in selected parts of the extended area, while other areas got little or nothing. The airports officially had 0.15" at DCA, 0.38" at BWI, and (only) 0.02" at IAD. 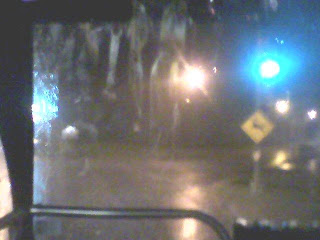 There was a deluge going on as I rode the S4 bus -- pictured here at the Maryland - DC line -- from the Silver Spring Metro station back into D.C. down 16th St., to the edge of the gayborhood where I live (16th and U St., NW), but the storm really didn't hit my area. Indeed, the pavement was mostly dry south of Columbia Rd. There was continuous, vivid lightning from the SW curving around to the S, SE, E, NE, and N.

I wrote about the weather on my Arcturus blog, as is part of my two - blog plan. (Caution: the Arcturus entry from June 7 is mostly a political themed one, and I'm not happy about what happened to Hillary, so if you are an Obama fan, you may not like what I wrote.) 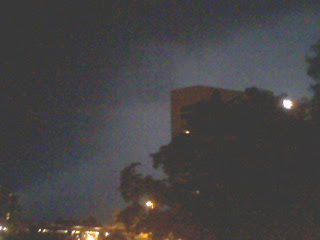 Here the ominous storm clouds gather at dusk over the Silver Spring Metro yesterday around 9PM.

I actually got a few images of actual lightning flashes in the night sky, but this infernal cellphone camera I have insists on taking the actual image a second after I actually hit "OK" and the image invariably had shifted -- the lightning vanished -- or my subject (such as Bernice) moved. I don't know how or if it is even possible to turn off this delay feature.

Anyway, I need to get ready now.

I snagged the photos! It was great to see you, and I enjoyed the evening. I'm glad you got home safely! Dad did too but he had to pull over after he dropped me off. He said there was hail.

Quill: I have even more photos, but I thought these captured the essence of Bernice and the pleasant, quiet quality of the house. I just wish I had learned to appreciate all of this more early on.

Yes, we got hit with some serious weather ... including hail in Takoma Park and Langley Park. The actual rainfall around my 'hood wasn't that much, but other areas got deluged.

It was so nice to see you and the family. I had a great time and thank you for inviting me over. I hope I don't have to wait until Thanksgiving to go there again!

P.S. I'm glad that everyone got home OK! Also, please remember, I like a rainy night, not violent weather.

You'd love it here then.
It's pissing down...