**This is a slightly revised version of the original entry, which I've decided to (re)post after all.** 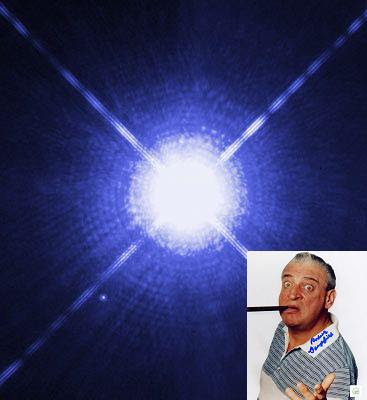 The following was posted earlier today by Mr. Sirius on his new blog, "IMJUSTGOD!.COM"

It concerns the audience reaction to his stand up performance at Nellies at a Sunday bachelor show, which by his own admission, wasn't very good. There was a Craig's List posting that said something to the effect "you sucked, but you’re hot, let’s get a drink." He then speculated on who may have written it, and added the following:

"or it could very well be my stalker Unstable Mabel who managed to sneak his way in to Nellies on Sunday night."

First (place), I wasn't even going to mention on my blog his performance, but since I was so uncharitably referenced, I guess I have a green light to do so, esp. since I don't know what kind of comments that might elucidate on his blog from his friends and fans. Let's get one thing clear: I DID NOT post that on Craig's List. I've never even used Craig's List. Furthermore, I've attempted no communication with him since March 2006. 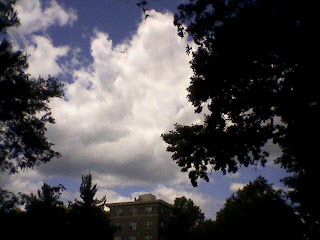 Second (chance), I did nothing wrong by going to Nellies to watch that bachelor's auction.

He only wrote what he did because some of his friends and fans were there, and in the event I was recognized, he just wanted to be able to say I somehow had to "sneak" my way in. As he has on a few occasions before, he just made stuff up about me, my actions, and my motives. 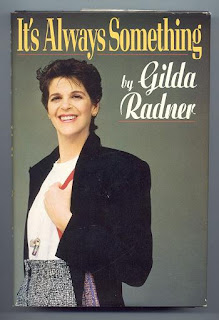 Third (way), his act left a few things to be desired, particularly invoking the fact someone he was once close to got cancer. No one laughed and he was reduced to saying, "People laughed the last time I said it!"

I'm sorry, but that really has very little value as humor. By contrast, the late actress and comedian Gilda Radner could do it precisely because it was she who suffered cancer, not her ex-boyfriend.

Of course, it may just be the case that his act isn't really about humor but about himself, a key distinction that unfortunately may very well be lost on him. And how classy and responsible is it to blame the audience? (That's essentially what he did in his entry despite saying otherwise.)

Fourth (dimension), his total disdain of me only seems to grow in time despite the fact I do nothing to him and very rarely see him. Let me say here and now that I don't love him anymore and not seeing him is a relief. Doesn't this therefore make me a strange sort of stalker?

Fifth (element), he looks like a body builder these days, but I guess that's the look he wants. No, it's not bad, but he's just so big.

Sixth (sense), I always knew we lived in different worlds, but I also always assumed he was a nice person. Not I'm not so sure. Instead, he seems to be rapidly becoming that which he has been calling so many other people on his blog lately. Maybe he always was and I just didn't see it. 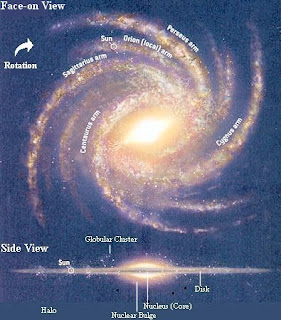 I don't need that kind of person in my life saying those kinds of things about me. Mr. Sirius can take his contempt of me and those lies about me, not to mention his Milky Way Galaxy - spanning ego, and go to that place he once said on his old, old blog that (in his own words) he said his "cold-hearted" self was on his way to.

Seventh and last (day), I was wrong ever to become attached to him. I may have done some bad things in this whole situation, but I deserve so much better, to be treated like a decent human being with feelings and worth, and not callously labeled and dehumanized as a worthless sociopath and semi-criminal. Maybe that was the lesson all along. It just had to take place through my weak spot -- an outwardly beautiful boy with a very cold heart.

You are so right! You DO deserve someone far better. He sounds like someone who has to create drama to feel important. Feh.

I love you, Quill. You're the best, and I'm very lucky to have you in my life. And you've always been on my side, even when I didn't deserve it, which has been more than a few times.

P.S. We have to see Bernice soon and have one of our talks beside the washer and dryer. I just like those, I really do.

I am SHOCKED. How could you insult the memory of Gilda Radner by mentioning her and Dr. Delusional in the same sentence? ;-)

The funny thing is some of the best comedians are absolute failures as human beings. He has the distinction of being a complete douchebag AND a hack. And he managed to advertise this to a couple hundred people. Yay! He wins!

Love you too, sweetie, and yes, we should. Maybe we can borrow Fuzzy-Butt one of these weekends if nothing else.